How Much Do YouTubers Make? 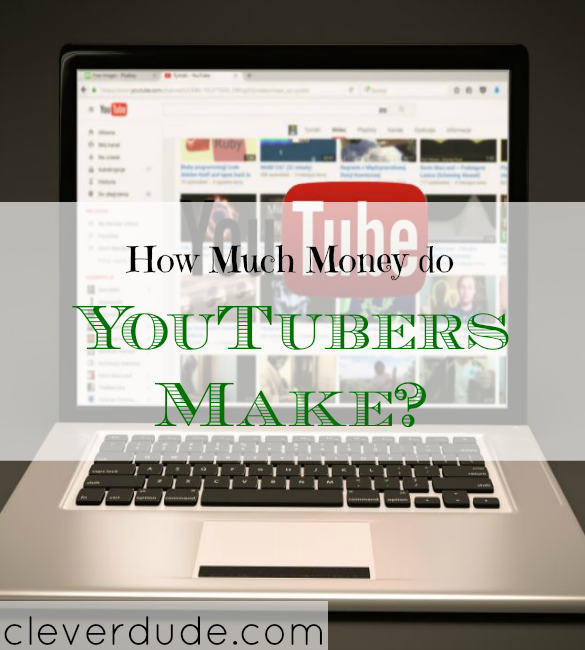 Picture this: You upload a funny video of your cat to YouTube, it goes viral earning you millions of dollars and you live the rest of your days in the lap of luxury. This is the new American Dream, and it appears as if it could happen to anyone. But is that really true? How do they make money, and how much do YouTubers make?

How Much Do YouTubers Make From Ads?

When it comes to answering the question, “How much do YouTubers make?” you have to discuss advertising. If an ad plays before the selected YouTube video, the content provider is using Google Adsense. Each time a viewer watches 30 seconds or more of an ad, Google charges the advertiser. If the user “ops out” early, then it doesn’t count. Of the amount Google charges the advertiser, the YouTuber gets a percentage. The important thing to remember is YouTubers get paid based on the number of views of the ad, NOT the number of views of the video itself.

Let’s use some real world numbers. The amounts and percentages are subject to change, but this gives you an idea of how it works.

If your favorite YouTuber features a product in one of their videos or makes an entire video promoting a product, they are likely getting paid. The more popular the celebrity, the more views that video will get, and the more they can charge.

Think about late-night television ad time versus during the Super Bowl. The Super Bowl ad time is obviously going to get more views, so it costs more. The amount charged is really dependent upon the YouTuber and the product or service being promoted.

As a YouTuber’s popularity increases, the possibility for merchandising opens up. One could sell t-shirts, mugs, books or any number of products featuring the YouTuber’s image or brand. For instance, Steven Crowder has The Mug Club where individuals can purchase a Steven Crowder mug, shirts, and unlimited access to his channel.

So how much can you make as a YouTuber?  The top-earning YouTube star in 2016 was PewDiePie earning $15 million.  To earn that kind of income,  PewDiePie’s YouTube channel boasts close to 60 million followers with each of his videos accumulates millions of views.

YouTubers can make money several different ways, but it all starts with how many loyal followers they’re able to collect. How much money a YouTuber makes depends upon how consistent they are in making quality content over time, not just one viral video.