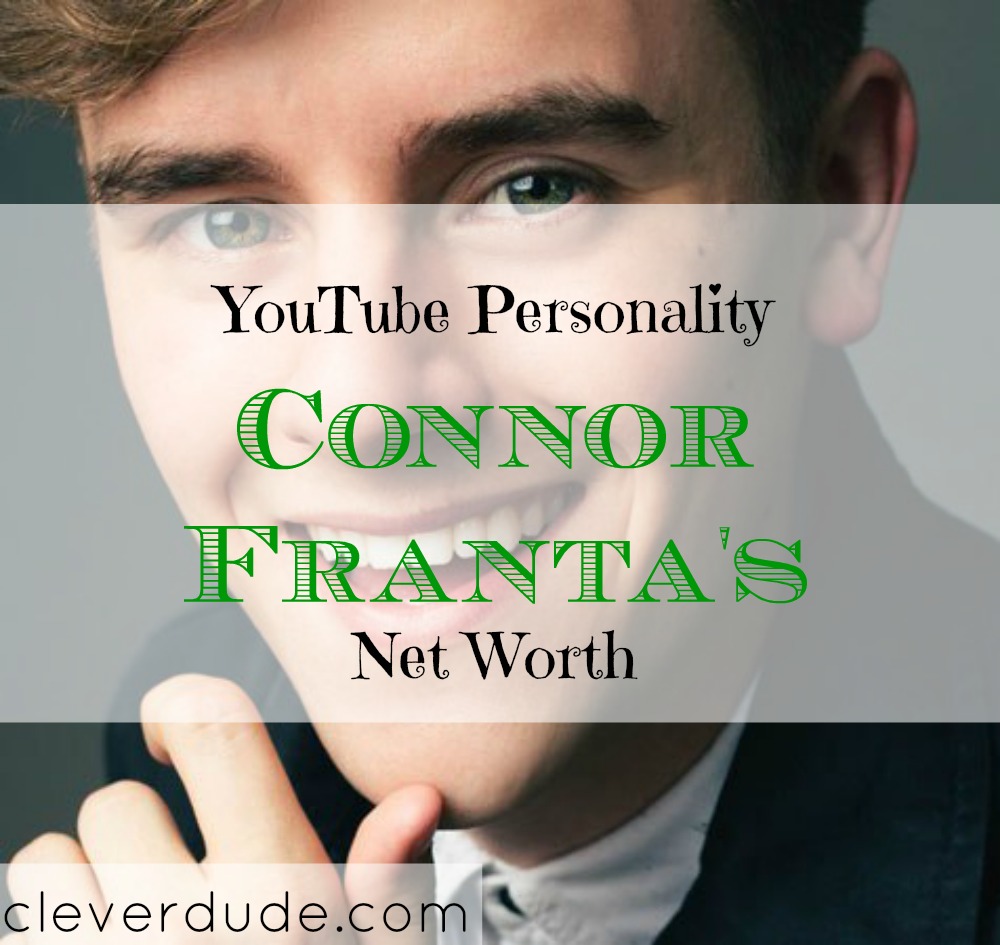 Connor Franta is an award winning YouTube entertainer.  As his popularity has grown, he has expanded his activities to writing and other business endeavors.  At just 26 years old, Connor Franta’s net worth has grown to over $3 million.

Originally from  Wisconsin, Connor and his family moved to Minnesota shortly after he was born.  He has two brothers and one sister.  He ran cross country in high school and was raised Catholic.

Connor has been nominated twice for a Teen Choice Award, as well as once for a Streamy Award.  In 2016, Franta was nominated and won the â€œFavorite YouTube Starâ€ award at the People’s Choice Awards.

Connor Franta has also branched out into the world of entrepreneurship. Franta has released two compilation albums of his favorite up and coming artists and has also started his own record label.  In 2015, he released his own line of coffee named Common Culture Coffee.

Frana has written an autobiography entitled A Work In Progress which was released in 2015.  It spent 16 weeks on the New York Times Best Seller List and has sold over 200,000 copies.  He is currently working on his second book.

Connor Franta is a self-made YouTube personality who has then built upon that popularity with other endeavors.  This is a formula for success, which shows in Connor Franta’s net worth of over $3 million at such a young age.