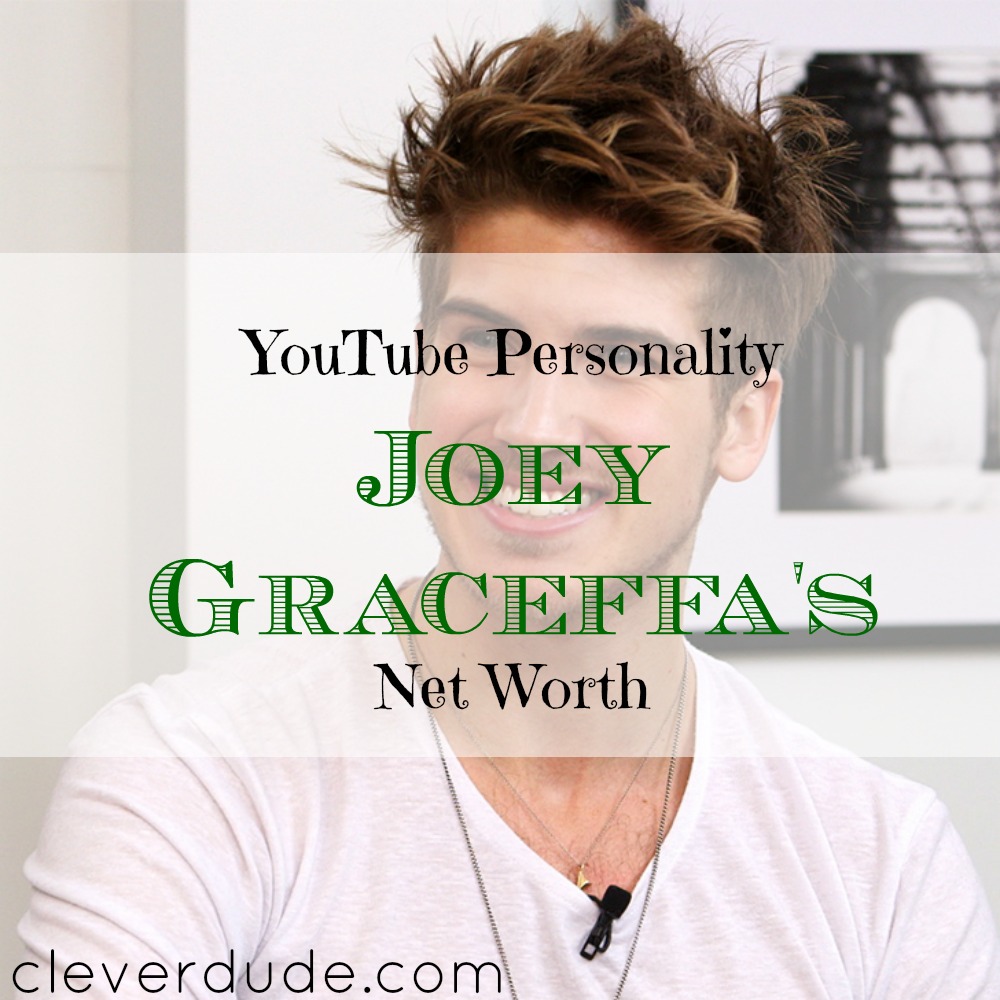 Joey Graceffa is a multi-talented American YouTube personality, actor, author, producer, and singer. Born in 1991, Graceffa has already earned a net worth in excess of $7 million.

Joey began uploading to his now unused YouTube channel WinterSpringPro at the age of 16 with a high school classmate. In 2009 he started posting videos to his own channel. Currently, Graceffa’s two active YouTube channels, one used for vlogging and the other for video gaming, have over 10 million subscribers and 1.7 billion views.

Graceffa has starred in a number of acting roles including the web series Storytellers and the short film entitled Eon. He also appeared in several BlockBoxTV short films and was part the online series MyMusic. He was nominated for two awards at the 2014 Teen Choice Awards and won Best Male Actor In A Dramatic Web Seriesâ€ at the 2014 Streamy Awards.

In 2015, Graceffa wrote a memoir titled In Real Life: My Journey To A Pixelated World. The book covers many aspects of his life including being bullied, his mother’s alcoholism, and the beginnings of his YouTube career. The book was on the New York Times Best Seller â€œcelebritiesâ€ list in 2015.

Joe Graceffa started as a YouTube personality but has branched out into web acting, television, and even jewelry. As an entrepreneur, Joey Graceffa’s net worth has already reached over $7 million. Look for big things in the future from Joey, along with a growing net worth!