Where Did Martha Stewart Work Before She Became An Entrepreneur? 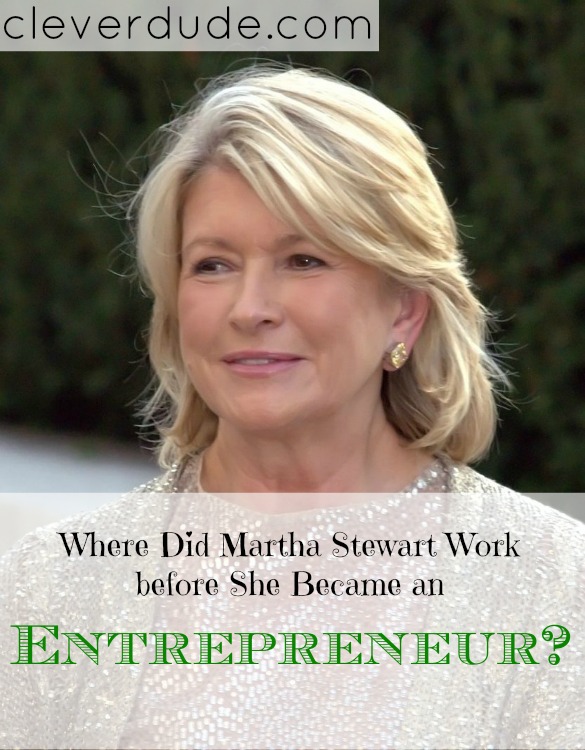 Martha Stewart is a well-known cooking and lifestyle television show host as well as author. As an entrepreneur, she has built a world recognized brand and media empire. Martha, like every other successful entrepreneur, had to start somewhere. Let’s take a look at what jobs Martha Stewart had before she became the success she is today.

At the age of 15, Martha Stewart began modeling. She was featured in a television commercial for Unilever Soap, as well as Tareyton cigarettes. She continued modeling in college for clients such as Chanel. Her common rate during college was $50 per hour which was a very good rate for modeling at the time.

In 1967 Martha Stewart followed in the steps of her father-in-law by becoming a stockbroker for the firm of Monness, Williams, and Sidel. She worked as a stockbroker until 1972 when she and her husband moved to Westport, Connecticut.

Martha Stewart trained herself in gourmet cooking by reading Julia Child’s Mastering the Art of French Cooking. This undoubtedly helped her get a job as a gourmet cooking store manager.

Stewart and her husband purchased a farmhouse, the renovation of which she took on as a project. During this project her skills and interests for decorating shone. In 1976, Stewart started a catering business with a friend she knew from her modeling days. She quickly earned a reputation with her menus and presentation. Within a decade, her catering service had grown into a $1 million per year business.

From there, Martha Stewart’s success grew exponentially into the multi-faceted entrepreneur we know today.

For more of Cleverdude, check out: