Is Filling Helium Balloons Yourself Cheaper? 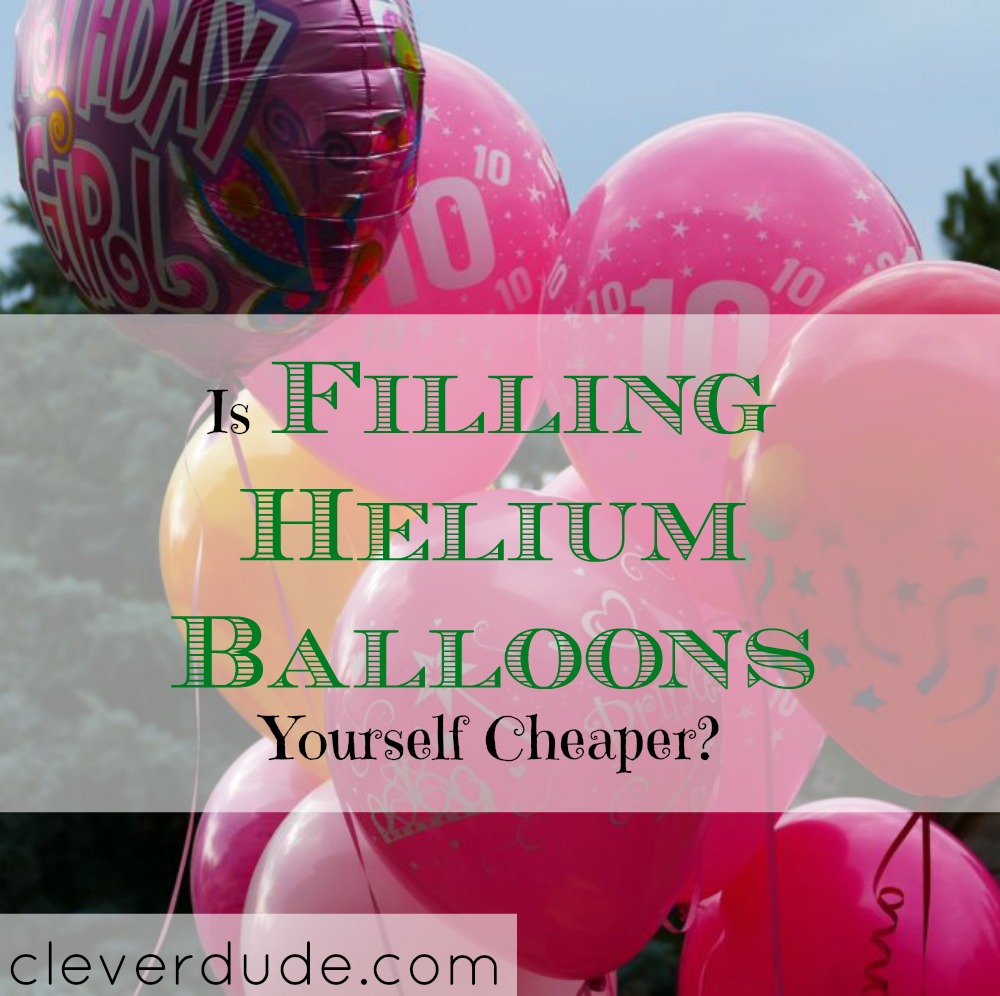 Helium balloons are a great party decoration that add pizzazz to an event. They come in specialty shapes and themes, numbers, letters and of course the traditional round shape in every color imaginable. If you’ve ever purchased helium balloons for an event, you know the cost of this party favor can add up quickly. After buying the balloons you also have to pay to fill them with helium so they float fancifully for your guests. Faced with this expense recently for a party, I discovered a person can actually buy a helium tank from party supply stores, and even Walmart. But is filling helium balloons yourself cheaper?

Let’s compare the cost of paying to have a party supply store fill a helium balloon vs buying a helium tank and filling helium balloons yourself. For this example, I’m comparing the price of the helium only although it’s worth mentioning do-it-yourself tanks usually come with their own balloons, whereas having them pre-filled requires you to purchase the balloons as well.

I checked several stores including party supply stores and even a popular discount dollar store. The price of $1 to fill a common balloon was standard. Filling larger Mylar balloons usually cost more.

It would cost $50 to have 50 nine inch balloons filled for me.

The best price I found for helium tanks was the Unique Helium Balloon Tank sold at Walmart. A tank that would fill 50 nine inch balloons is priced at $34

What Happens When The Balloons Get Bigger?

At first glance, it would appear that buying my own helium tank and filling the balloons myself would be cheaper. In the example of filling 50 nine inch balloons, buying my own tank is $16 cheaper

Helium tanks are also available from rental places. Sizes range from tanks that will fill 30-50 twelve inch balloons all the way up to one that vill 400. Below are some prices and sizes available from a rental shop in the Twin Cities:

How Much is Your Time Worth?

When cost comparing two options, one must always take time and effort into account. If you’ve ever tried blowing up and tying up dozens of balloons, you know this is a mundane and frustrating task. My personal success rate for tying a balloon without breaking it is much lower than 100%.

The cost of filling helium balloons can add up quickly, so it’s natural for people to look for ways to save money. For the average party, even if the helium itself is cheaper than having it filled at a store, having someone fill it for you may be worth the expense.  For a high quantity of balloons you have to take into account how the tank will be used, and if you are willing to spend the time and energy.

How about you clever friends, have you ever filled your own helium balloons?