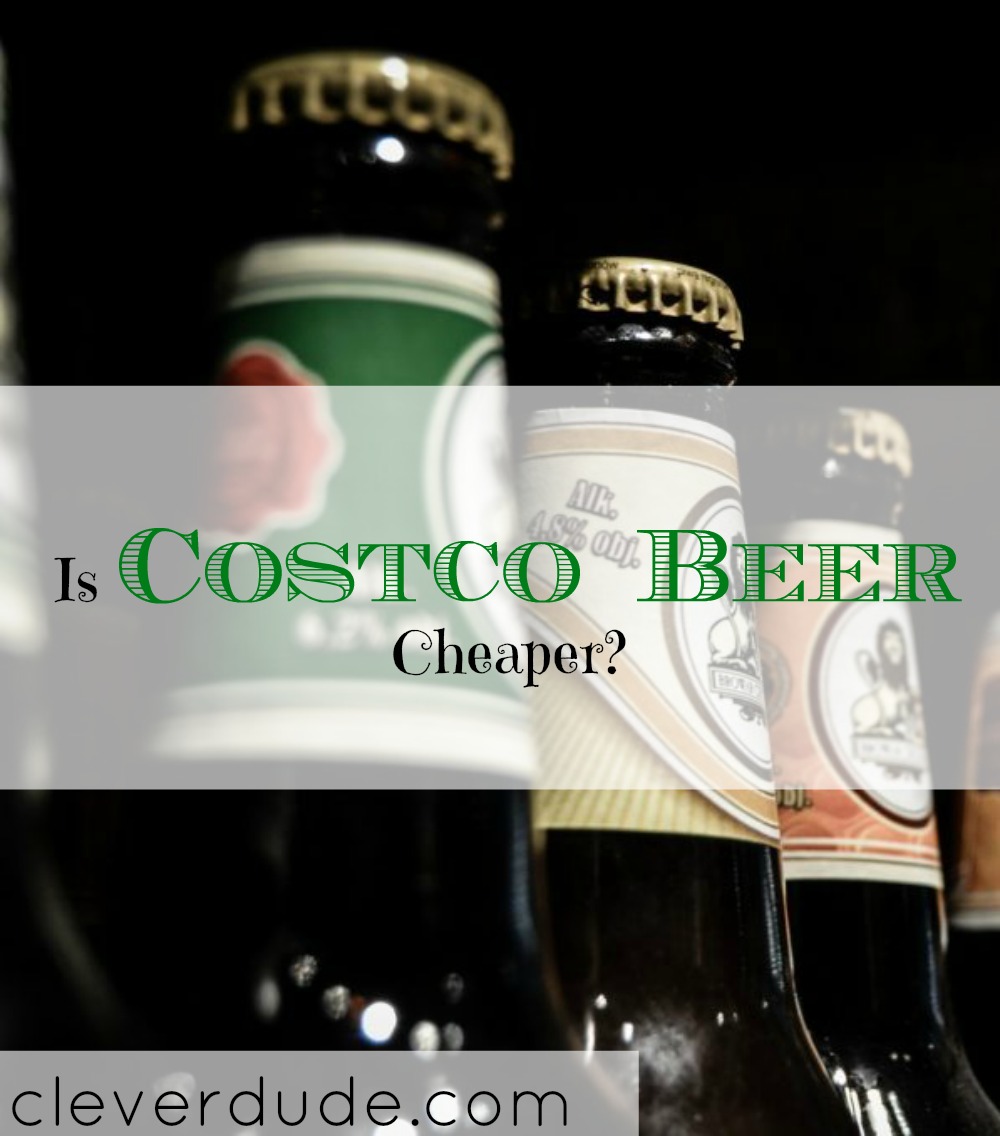 With the 4th of July holiday coming up, and warmer Summer weather in general, many Clever Friends will be heading to the liquor store to stock up on adult beverages, including beer. Many people would just go to the nearest liquor store for convenience, and don’t shop around for the best price of their favorite fermented beverage. Costco is known for great deals, and many locations also have a liquor store, so it is logical that Costco beer could be had at a great price. 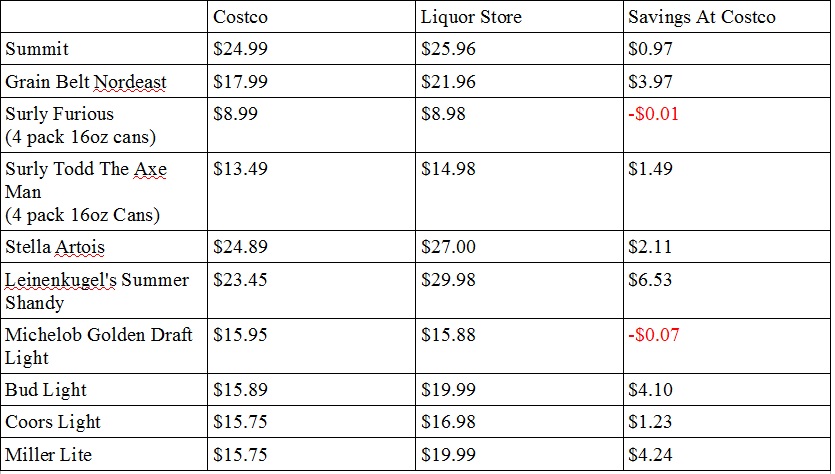 The selection at Costco is limited to the most popular brands, and with very few exceptions are sold only in 24 packs. There are some specialty beers, such as 2 varieties of Surly, but these are limited to only the most popular of specialty beers at the current time. I would guess as time goes on, the selection will shift to reflect current trends.

The prices for Costco beer can be significantly lower, as shown by the dramatic price difference for Grain Belt Nordeast, Summer Shandy, Bud Light and Miller Light. Other Costco Beer brands have a lesser discount, and a few are actually nominally more expensive.

Another comparison a person may want to do is Costco beer and getting a keg. It would take about 7 cases of beer to equal a number of servings in a half barrel keg (about 16 gallons). Using those measurements, I cost compared the three brands of Costco beer that had the most savings over my local liquor store.

Buying cases of Costco beer are less expensive on its own. However, once you take into account the other expenses and inconveniences of getting a keg (such as cups, ice, keg, and tap deposit), Costco beer may be a clear cut better choice.

Kirkland is Costco’s store brand product line.  They do have some Kirkland store brand beer as well, which can be had at a significantly less expensive price than your typical brand name beers.  For example, a 48 pack of Kirkland Light beer can be purchased for $22.49 which is only slightly more than a 24 pack of Bud Light at a traditional liquor store.  A 24 variety pack of Kirkland Craft Beers costs $19.99, whereas a similar 12 pack at a traditional liquor store is $15.99 or $31.98 for a 24 pack.  Whether these Kirkland products are good quality is subjective,  but certainly worth a try!

Costco is known for great deals, and buying Costco beer is no exception. While the amount of discount isn’t uniform, and the selection isn’t large, if Costco carries your preferred brand, and you shop at Costco anyway, buying Costco beer can definitely save you money, even if you are considering getting a keg.

How about you, Clever Friends, do you price compare beer? Have you ever bought beer from Costco?