Changing or Losing Job? Don’t forget to use your FSA dollars! 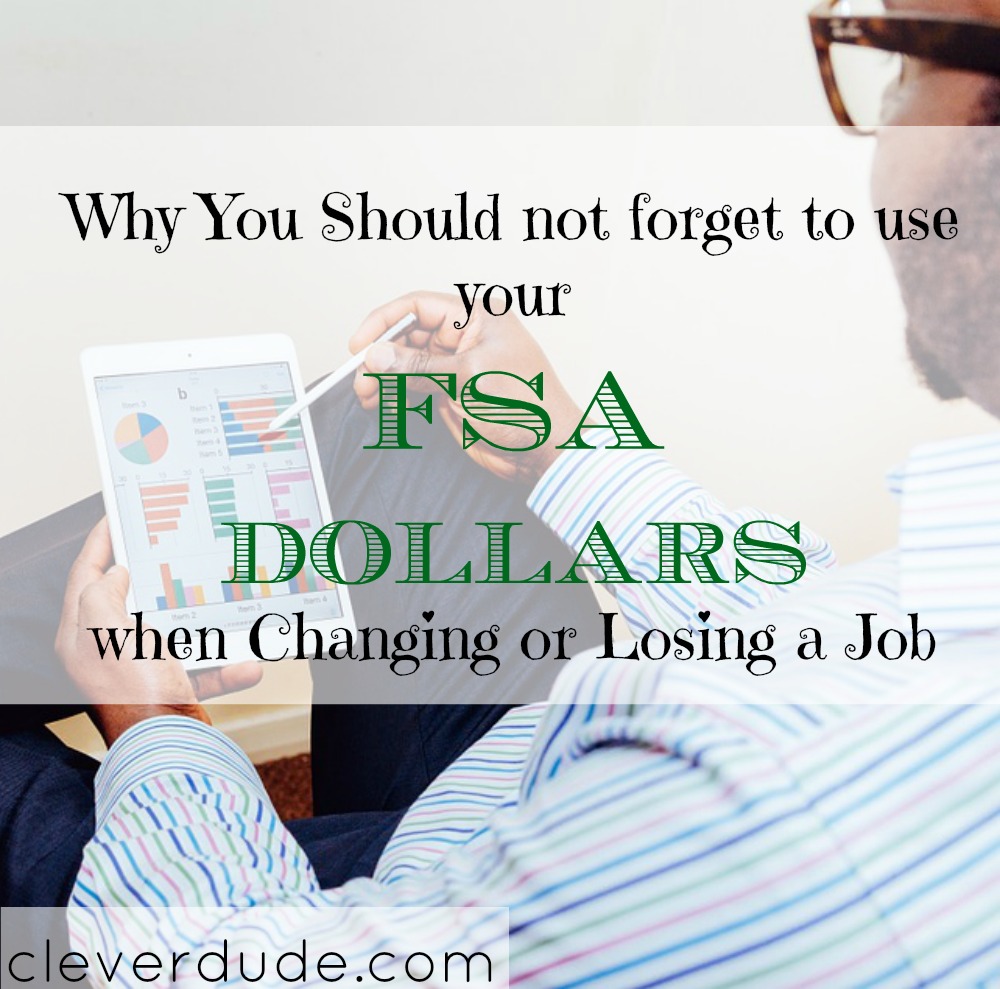 Just a quick reminder that if you’re fortunate to have found a new job, or unfortunate enough to have lost your current job, and you have been contributing to a Flexible Spending Account, you can spend ALL the dollars you elected, even if they haven’t deducted all of it from your paycheck yet.

For example, if you elected to contribute $1,000 to your FSA (used for medical expenses) in 2009, and you get 26 paychecks per year, that’s $38.46 per pay that you contribute towards that $1,000. However, per Section 125 (see bottom of page 79 for Uniform Coverage Rules), FSA providers MUST provide the entire $1000 up front. Right now, you would have contributed about $150 towards that $1000, but you can spend the full $1000 anytime before the end of the year, even if you haven’t contributed all the money.

If you were to spend $500, perhaps on a medical bill, new glasses, or a combination of medical expenses, but have only put in $150 to-date, and then left your job for any reason, you don’t need to pay the $350 balance back.

The Ethics of “Gaming” the FSA

Basically, the FSA provider expects you to stick around long for the entire year to pay back all $1000. If you don’t spend it all by year-end, they get to keep the difference between what you spent and what you put in (the “use it or lose it” rule in Section 125). So if you contributed all $1000, but only used $800, it’s their gain and your loss.

But on the flip-side, if you happen to have some emergency medical issues at the beginning of the year and got reimbursed from your FSA, but then were fired from your job, it’s reasonable that you should not be expected to pay back the money. Your employer may ask to be reimbursed, but you are not legally obligated to pay it back. You didn’t know you would be laid-off or fired, and it wasn’t your decision to leave, so you shouldn’t be punished for it.

But then there are people who manipulate the system for their gain. I’ll admit that I was one of them.

Back in 2005, I had set aside $300 for my FSA at my new company. I started in May, but left the company (on good terms) in September of that same year. I had only put in about $100 by that point, but a week before my last day, I sat on my glasses and broke them. I needed them to drive, so knowing I still had $200 left on my FSA card, I called up our benefits department to find out what to do.

Surprisingly, HR said I can use the money and not have to repay it. That was the first time I heard of this deal and had to make sure I asked the question correctly. They confirmed their answer. I was just amazed! I wondered if anyone else knew this secret, but I didn’t have this site to tell you all yet.

After that, I did hear about people putting $2500 into their FSA in November for the next year, and then getting Lasik on Jan 2nd…and then resigning on Jan 3rd. Now THAT’S gaming the system.

Is there a gray area?

When researching for this article, I found this reader question article at Bargaineering. The comments definitely got rather lively, whether defending gaming the FSA or calling it unethical. Some commenters also said it was morally gray area.

I’d say there are four ways to look at the situation:

The thing is, both you and the company are entering into the agreement to fund, use and reimburse your FSA. You are educated before enrolling in the FSA that if you don’t use it, you’ll lose it at year-end. And your company knows the opposite; if you use more than you paid up, and leave for whatever reason, then the company loses it.

Personally, I don’t think it’s ethical to use someone else’s money without repaying it, and that goes for both the company keeping my money or me using the company’s, regardless of the law. That’s why in November you have to try hard to make the best educated guess at what you’ll need next year, and then use it wisely and properly. If you find yourself in scenario 3 or 4 from above, the right answer would be to at least offer to reimburse the company…

But you know what? We take what we can get, right? If I had the opportunity again to use more than I put in before leaving the company, I would find it REALLY hard not to.

What do you think? Have you used more than you put in before? Has your company ever tried to get it back?