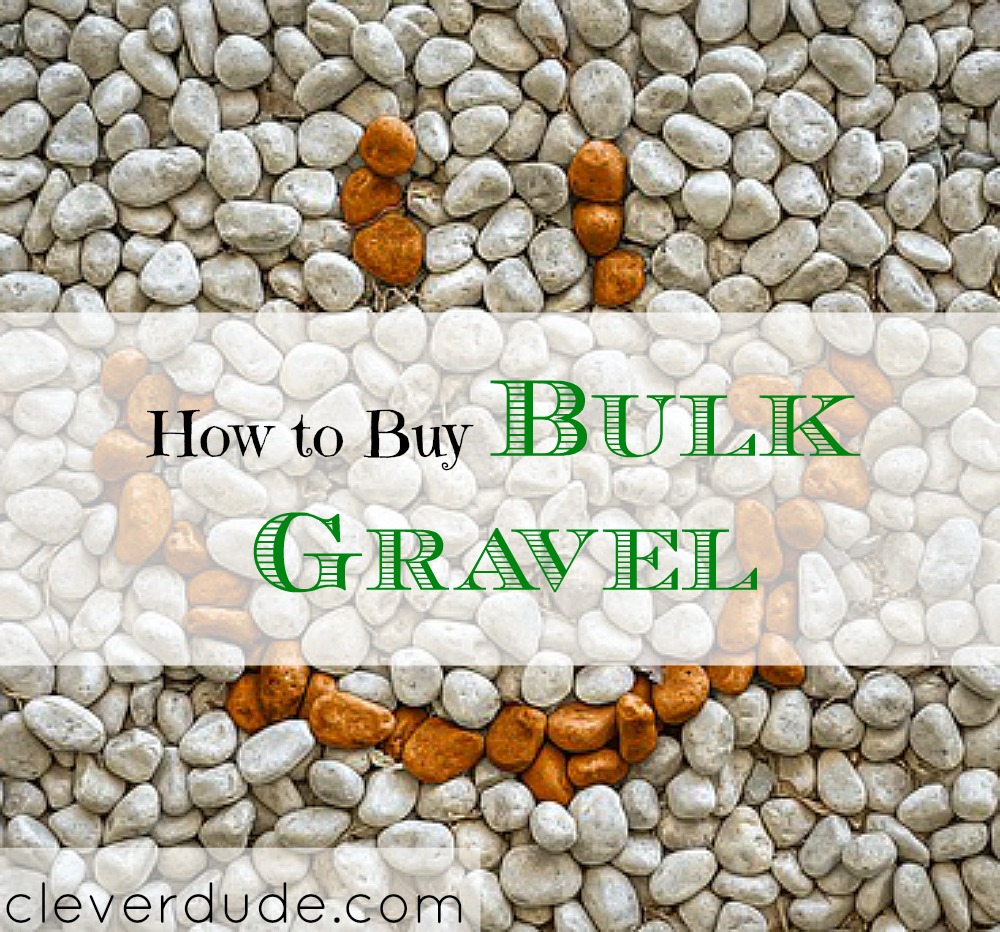 Over this past weekend, I began work on the first of 3 planned retaining walls at our home. The first wall is a “practice run” since it’s small (about 50 bricks) and easier to pull apart and put back together. However, it’s not going to be a cheap effort. I’ve already spent about $200 on my Discover card, which gets me 5% back on home improvement and clothing purchases this quarter, and I still have much more to spend.

For this article, though, I’m not covering the “how to” for building a retaining wall. Instead, I want to highlight one of my experiences of saving money and relay it to you. And if you make it all the way to the end, you’ll get to read a humorous story about my attempts at acrobatics.

One thing you need when building a retaining wall (or a driveway, or most any landscaping that involves bricks or cement) is gravel. But what are your options for gravel? Well, you can:

Yesterday, I decided to check out the local stone yard to see whether it was worthwhile to get a half-ton of loose gravel compared to buying the same amount bagged. I called up Irwin Stone (local here in Rockville, MD) and got some prices.

The stone yard’s price on the cheapest gravel (called “blue chip gravel“), which is normally used for driveways, was $25 per ton. That comes out to $0.0125 per pound.

I looked up Home Depot’s price on a bag of gravel and the only choice was a half cubic foot bag of marble chips for $3.79 per bag. Marble chip is similar enough (or the same as) blue chip, so we’ll consider them equal for this comparison. The bag doesn’t indicate the weight, but after lifting it, I’ll say it’s about 50lbs, give or take. That comes out to $0.0756 per pound.

For comparison’s sake, if I were to buy a half-ton (1000 lbs) worth of gravel from Home Depot, I would pay $75! That’s $60 more just for the convenience of nice clean bags. Granted, I know not everyone has a truck, but for those of us that do (or know a friend that does), I’d much rather save $60 and get the stone in bulk, even if it’s a little messier to unload.

Finally, the most expensive route I found was order smaller lots off Amazon.com.  Unfortunately the 3rd party vendors on Amazon wanted at least $9 dollars for a 24 Lbs bag of gravel

.   If you are going to go this route, you’d be better be sure you are getting free shipping

So I learned a few things from my experience buying bulk stone yesterday, and not all of it was pretty (but through my own fault):

So about that last tip…well here’s a funny (for you) story:

So I’m almost finished unloading the gravel from the truck into the wheelbarrow. I hopped up into the truck to yank the tarp and move the gravel forward (see why it’s smart to use a tarp?). Instead of just hopping down onto the grass (I did have 2 herniated disks in December), I decided to step onto the empty wheelbarrow. Wrong choice.

I stepped down a little off-center which made the wheelbarrow tip over on its side. What followed next was what felt like a few acrobatic twists and turns in the air, a collision between the wheelbarrow’s edge and my upper thigh, and then me landing sprawled across the wheelbarrow edge directly on my lower back. I laid stunned for a few second, laughed and wondered if I really did just do that and whether I killed my back again. However, I was able to get back up, checked my thigh (already a large bump had formed) and kept on truckin’. I finished unloading the truck, hosed it out, locked up the gate, went inside, and put ice on my thigh. So far as I type this I don’t feel anything else in pain, but only time will tell.

So the final lesson is watch your step or else you could end up sprawled across a wheelbarrow.