How Does Syrian President Bashar Al-Assad’s Net Worth Compare? 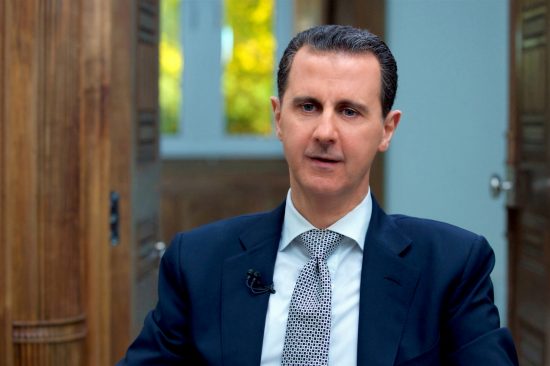 Donald Trump ordering air strikes against Syria makes it timely to look at Bashar Al-Assad’s net worth — and other world leaders.

With Syria likely to experience blight for generations as a result of a seven-year civil war, the wealth of the country’s leader makes a disturbing contrast.

Although he was a doctor at one time, the bulk of Bashar Al-Assad’s net worth comes from his family. They own up to 75% of the Syrian economy including real estate, natural resources, art, and jewelry.

Bashar Al-Assad is the president of a country ravaged by an ongoing civil war. However, he comes from a privileged family resulting in Bashar Al-Assad’s net worth rivaling the wealthiest world leaders.

Donald Trump has built his fortune largely as a real estate developer, but also as a television personality and author. Trump reports his net worth closer to $9 billion. The discrepancy is due to his own valuation of his personal brand being much higher than other analysts.

Putin’s net worth is another interesting story shrouded in secrecy. His official disclosures report a net worth of less than $500,000. However, many experts believe Putin has used his power to acquire substantial ownership stakes in Russian companies in the oil and natural gas industries. Using these company’s current valuations, his net worth would skyrocket to $70 billion.

The North Korean leader has reportedly amassed at least part of his wealth through illicit drug activity and counterfeiting U.S. currency. In 2013, the U.S. government learned that Jon-un and his family had more than 200 bank accounts in countries around the world.

The supreme leader of Iran’s reported net worth may not be the whole story. Ali Khamenei reportedly controls a business empire with fingers reaching into nearly every facet of industry in Iran’s economy. This business conglomerate is estimated to be worth $95 billion.

Although his reported net worth may seem low for the leader of the world’s largest economy (China leapfrogged the U.S. in the past year), his relatives have much deeper pockets. The closest family members reportedly have business interests worth hundreds of millions of dollars.

The U.K. prime minister accumulated most of her wealth through her political career. She and her husband also own two homes that are each worth millions of dollars. Plus her current position has a salary of about $190,000 plus a pension equivalent to half that annually commencing as soon as she leaves office.

Read More About Celebrities’ Net Worth

If you liked this article, you just might enjoy these other celebrity net worth articles: