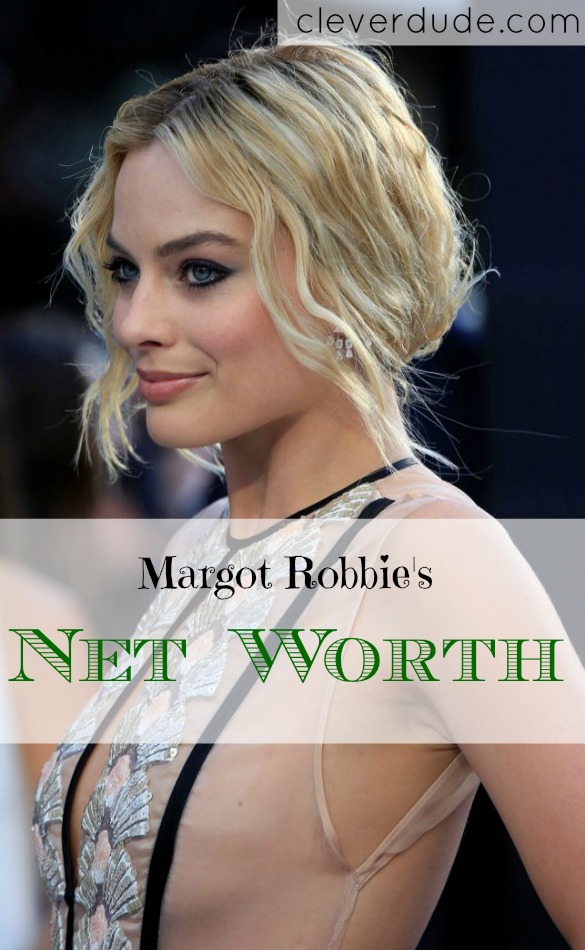 Margot Robbie is an Australian actress who has exploded onto the film industry landscape over the last few years. With a succession of blockbuster hits, Robbie has become a much sought-after actress and in a short time has accumulated an impressive net worth of $8 million.

Margot Robbie was born in Dalby, Queensland, Australia and raised on a farm by her mother, as her parents divorced when Robbie was young. Money was tight on the farm, so Robbie worked 3 jobs at the age of 16 just to help her family make ends meet.

Robbie quickly became interested in acting in high school, graduating Somerset College. Robbie moved to Melbourne at the age of 17 to pursue an acting career. She appeared in the soap opera Neighbors from 2008-2011 as well as the sitcom Pan Am after moving to the United States.

Robbie’s breakthrough role was in the 2013 Martin Scorsese film The Wolf of Wall Street in which she starred alongside Leonardo DiCaprio. The picture eventually became Scorsese’s highest grossing film. That success was a springboard to other blockbuster films such as The Legend of Tarzan, and the comic book film Suicide Squad. She piled up award nominations such as Golden Globe, Academy Award, and Screen Actor’s Guild (SAG) for her role in I, Tonya.

Robbie is also involved in several high profile endorsements. In 2016 she appeared in commercials promoting Calvin Klien’s Deep Euphoria fragrance. In 2017 she was also chosen to represent the luxury watch brand Richard Mille.

Margot Robbie resides in Los Angeles, California in a home in the neighborhood of Hancock Park. She purchased it in the beginning of 2017 for a price tag of $2.73 million.

Margot Robbie is a relative newcomer to the screen, having been active in major motion pictures for only a few years. However, her combination of good looks and indisputable talent has her star only beginning to rise. Expect to see Margot Robbie’s net worth rise as we see more of her on the big screen!