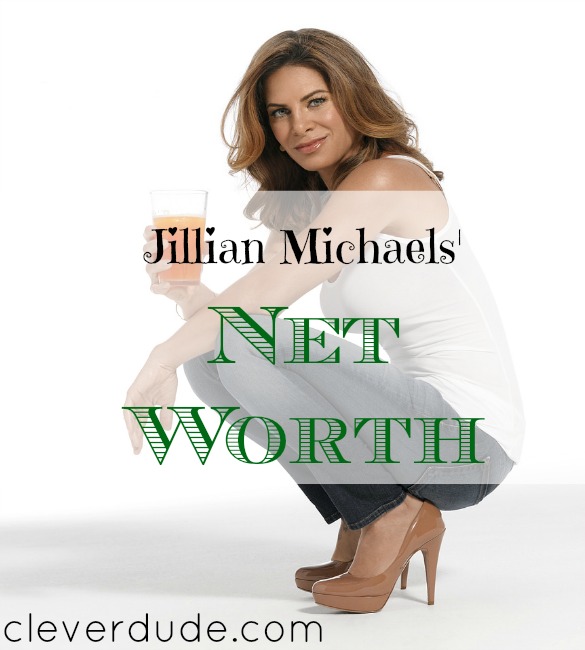 Best known for her work on the weight loss reality show The Biggest Loser, fitness guru Jillian Michaels’ net worth is reported to be $14 million. While the NBC show may be her most recognizable work, she has accomplished many other things.

Born in Los Angeles California, Michaels wasn’t always the slim and trim personal trainer she is now. She was an overweight 8th grader measuring 5 feet 2 inches tall and 175 pounds. Her path to fitness began when she left home at 17, and became involved with karate, earning a black belt.

Jillian Michaels is a certified personal trainer with both the National Exercise and Sports Trainers Association (NESTA) and the Aerobics Fitness Association of America (AFAA) and is also Kettlebell Concepts certified. Her fitness knowledge doesn’t just stop with physical training but extends also to healthy eating as she is also a nutrition and wellness consultant with the American Fitness Professionals and Associates (AFPA).

The Biggest Loser: Michaels was one of the original trainers for the NBC weight-loss reality show, The Biggest Loser. She was with the show from 2004 to 2014, leaving the show for short periods of time in 2006 and 2011.

The Doctors: In 2011, Michaels signed a deal to become a special correspondent for the daytime show The Doctors. After half a season, she left the show stating the arrangement did not work out as both parties had hoped.

Products: Over the years Michaels has produced a host of workout DVDs, weight loss programs, and supplements.

Services: Michaels offers fitness services from her website which includes workout and diet plans. The services are monthly subscription based.

Michaels has authored many weight loss and fitness books:

A difficult childhood has fueled Jillian Michaels to make fitness and health her life’s work. Through television, books, podcasts and her products, she has touched the lives of countless individuals. Jillian Michaels’ net worth of $14 million exemplifies her passion and success.