Why Are Yeti Coolers So Expensive? 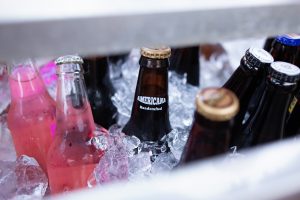 I like to think of myself as being above the influence of niche marketing tactics. It’s not easy for me to say that, yes, even I can be drawn into the hype circulating a product. So, yes, I will admit that I do own a $350 beverage cooler. A Yeti brand cooler. Most Yeti coolers range in prices between $250 to $500.

They’re Great, But Why Are Yeti Coolers So Expensive?

So, if the average person regularly buys a $30 beverage cooler, why are yeti coolers so expensive? Well, for one thing, the founders of the Yeti cooler catered to a niche market demographic that no other business considered serving. A Yeti cooler offers unparalleled durability and insulation. Another factor attributing to its high cost is high manufacturing and import shipping costs.

Without getting too deep into financial market jargon, I want to explain how the Yeti cooler created and served a niche market that propelled it toward success. So, bear with me while I explain some basic business concepts. A business has a monopoly when it can offer a product no one else can or has access to. Google’s market stranglehold on internet services, social media, and financial technology, relatively speaking, make it a monopoly.

A perfect competition market is a situation where there are too many sellers and buyers transacting in a product that is over-plentiful. Like car tires, TVs, or beverage coolers. There are no shortages of $30 beverage coolers. Every store must price their inventory just a little bit cheaper to undercut their competition. Meanwhile, it’s hard to profit when you focus on undercutting your competition by selling cheaper, instead of getting people to pay more.

A niche market is not a monopoly, but an almost monopoly-like market that exists within or aside a perfect competition market. The makers of the Yeti cooler sell their product at fishing supplies stores, hunting stores, and smaller outdoors-centric businesses that don’t need cheap coolers. After all, anyone can buy a cheap beverage cooler anywhere else.

Yeti then marketed their cooler as being appropriate for people who hunt, fish, or go camping for extended periods and needed a tougher brand of cooler. Or, the type of people who shop at fishing, hunting, and smaller outdoors-centric businesses. The Yeti cooler can supposedly keep ice cool for almost ten days. A $30 cooler can barely keep ice from melting for a few hours. A Yeti cooler weighs almost a hundred pounds empty and can hold 325 pounds of ice or the equivalent of 260 beer cans.

The Yeti cooler was marketed as a product that would be invaluable to people who hunt or fish. If you go on a weekend or week-long trip, you can keep your fish, hunting game, or perishable supplies fresh for as long as possible. Also, the Yeti cooler is nearly indestructible. It is entirely bear-proof if locked properly.

The Yeti cooler is made from a process called biaxial rotomolding. Basically, from one molded piece of plastic instead of multiple pieces being constructed together. This improves insulation and keeps ice cold much longer. Yeti coolers are manufactured in the Philippines and imported to the United States. To make up for high manufacturing and import costs, the product needs to sell for $300+ for the company to breakeven and/or profit.

The Cost of Quality

The Yeti cooler has now spawned numerous competitors trying to turn its niche market into a perfect competition market. People ask why a Yeti cooler is so expensive because they are curious about buying one themselves. Perhaps you don’t care about the hype. However, now you have a better understanding of why Yeti coolers are so expensive.

Do you have a Yeti cooler? Share your thoughts in the comments below.