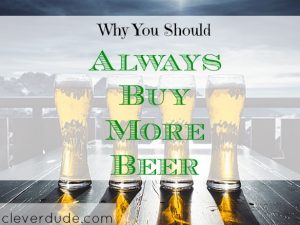 I was in the liquor store over the weekend picking up some adult beverages when I came across the picture above in the display cooler. On the left is a six pack of 12 ounce cans, and on the right a six pack of 16 ounce cans.

The fact that they were the same price had me scratching my head.

The six pack on the right represents 1/3 more beer than the package on the left (96 ounces vs 72 ounces).   Without hesitation, I selected the 16 ounce cans and headed to the checkout counter. But on the way home I couldnâ€™t help but wonder why these two products would be the exact same price. 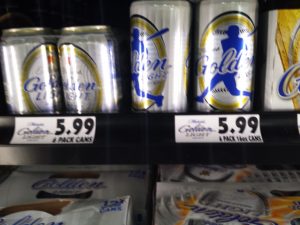 Hereâ€™s what I came up with:

The other thing that had me confused is why anyone would choose the smaller cans and deliberately take home less product. The only thing I could come up with is some people may not want to drink that much beer at a time, or a can that size would get warm before they finished it.

I can safely say neither of those applies to me.


Have you ever seen two products of different sizes priced the same? Would you ever choose the smaller product in such a situation?