The Geography of Student Loan Debt 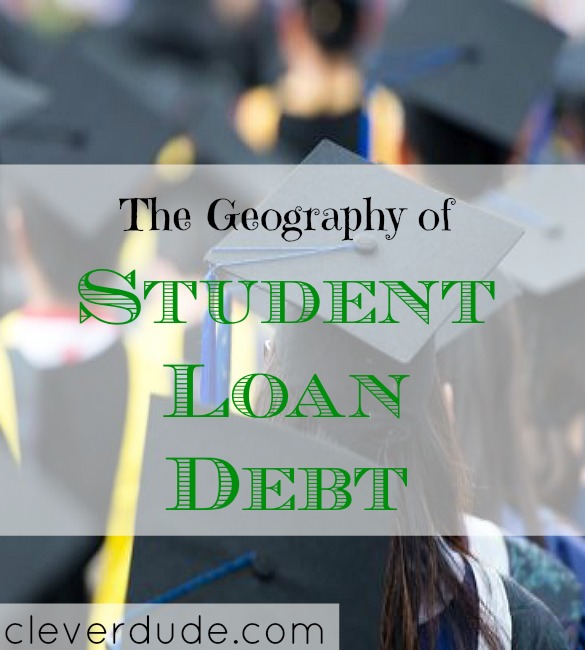 America’s outstanding student loan debt reached $1.52 trillion in the first quarter of 2018, according to information from the New York Fed. Have you ever wondered whether a significant amount of that debt is located in your city – or even in your zip code? Wonder no more.

This interactive is a project of the Washington Center for Equitable Growth with data made possible by Generation Progress and the Higher Ed, Not Debt partners.

You can hover the cursor over a particular zip code to find information on the average student loan balance and delinquency rate for that zip code, as well as the median income.

Racial demographics may also be included. If you prefer, you can type in your zip code or city and the map will zoom in on your designated area.

What’s the value in such a map? By comparing all three factors (loan balances, delinquency, and income), researchers can distill useful relationships from the data.

You may think that higher student loan balances lead to higher delinquency rates, but the data shows that lower median income is a far greater factor.

By the same logic, the data shows lower-income areas are more prone to delinquencies even though loan balances are often lower as well.

Discrepancies tend to stand out in metropolitan areas as affluent zip codes mix with less affluent ones. The map of Washington, DC provides a clear example.

Zip codes with relatively low loan balances mirror the areas with low median incomes and clearly stand out as high delinquency areas on the delinquency map.

For example, the category of “astronomical” loan balances – constituting anywhere from 100 percent to a staggering 724 percent of the average loan balance – is often found in rural zip codes such as 67862 in far southwestern Kansas, 89412 in the northwestern corner of Nevada, and 59025 on the Montana/Wyoming border.

All three zip codes also have high or extremely high delinquency rates – possibly the result of a few large and delinquent student loans in a small population.

Similarly, the West has a scattering of extremely high median incomes in sparsely populated counties – likely due to large ranches that cover a large portion of the county.

Overall, the data shows that student loan burdens are spread across all income levels, but the percentage of gross income consumed by student debt ranges from approximately 2 percent in the high-income areas to 7 percent in areas with median incomes of $20,000.

That shouldn’t be surprising – but what it does suggest is that too many residents of low-income areas did not receive significant value for the lower amounts they borrowed.

Either they didn’t graduate or couldn’t parlay their degree into a suitable paying job.

In addition, it can let you know if you’re keeping up with your neighbors when it comes to student debt.

This article was provided by our content partners at MoneyTips. Photo ©iStockphoto.com/baona

If you enjoy reading our blog posts and would like to try your hand at blogging, click here to get started.