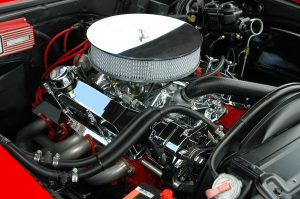 I am not an expert gearhead. It is a big regret I have in life. I wish that I could just fix every problem that occurs in my car. But I can’t. Like most people, whenever a minor or major issue arises with my car, I automatically take it to the mechanic. The average car has over 30,000 working parts that must work in harmonious mechanical alignment to get you from point A to point B.

How many times have you paid a mechanic to fix an issue with your car? The average mechanic’s repair bill is at least $600. What’s worse, more than one in three drivers end up going into debt to pay their repair bills. More often than not, an issue arises with the functionality of my vehicle that is beyond my knowledge to deal with.

Save Money With DIY Car Repair

However, that does not mean that I, nor you, have to take a car to the local mechanic for every minor mechanical issue that comes up. For instance, I recently learned to repair an air filter on my own. The last time I went to the mechanic to replace the air filter, it cost over $100. Most air filters cost anywhere between $13 to $50, depending on the model of car.

I paid more for mechanic related service charges and fees than for the actual air filter itself. The experience taught me that you shouldn’t surrender money to the mechanic for every issue that presents itself. So, I consulted with some gearhead friends of mine, and some YouTube videos, and learned how to change an air filter myself.

What is an Air Filter?

Your car has an oxygen intake system that sucks air directly into your engine. This oxygen combines with fuel vapor which then combusts in your engine. This action propels the pistons which power your engine allowing your car to move. Environmental oxygen is full of dust, debris, smog, and impurities. An air filter scrubs out these pollutants before they reach your engine.

A dirty air filter can also damage your engine. If you never change it, it will eventually deteriorate. Then, small pieces of it will get sucked into the engine.

First of all, you should refer to your owner’s manual for the air filter replacement process. Most air filters are made out of paper, but some are made out of gauze. Others are made of foam-wrapped paper. There is no one uniform size of air filter, though they all perform the same function and are usually installed and removed in the same fashion.

The air filter cover usually resembles a rectangular or box-like object with a hose connection to the engine. There should be labeling that identifies it as such. Look for hooks, screws, or latches that hold the air filter cover in place over the air filter. Remove the air filter and hold it up to a shop light or flashlight. If the filter blocks over 50% of the light, then you should replace it.

How Often Should You Replace an Air Filter?