Would You Take Your Business Elsewhere After Bad Customer Service? 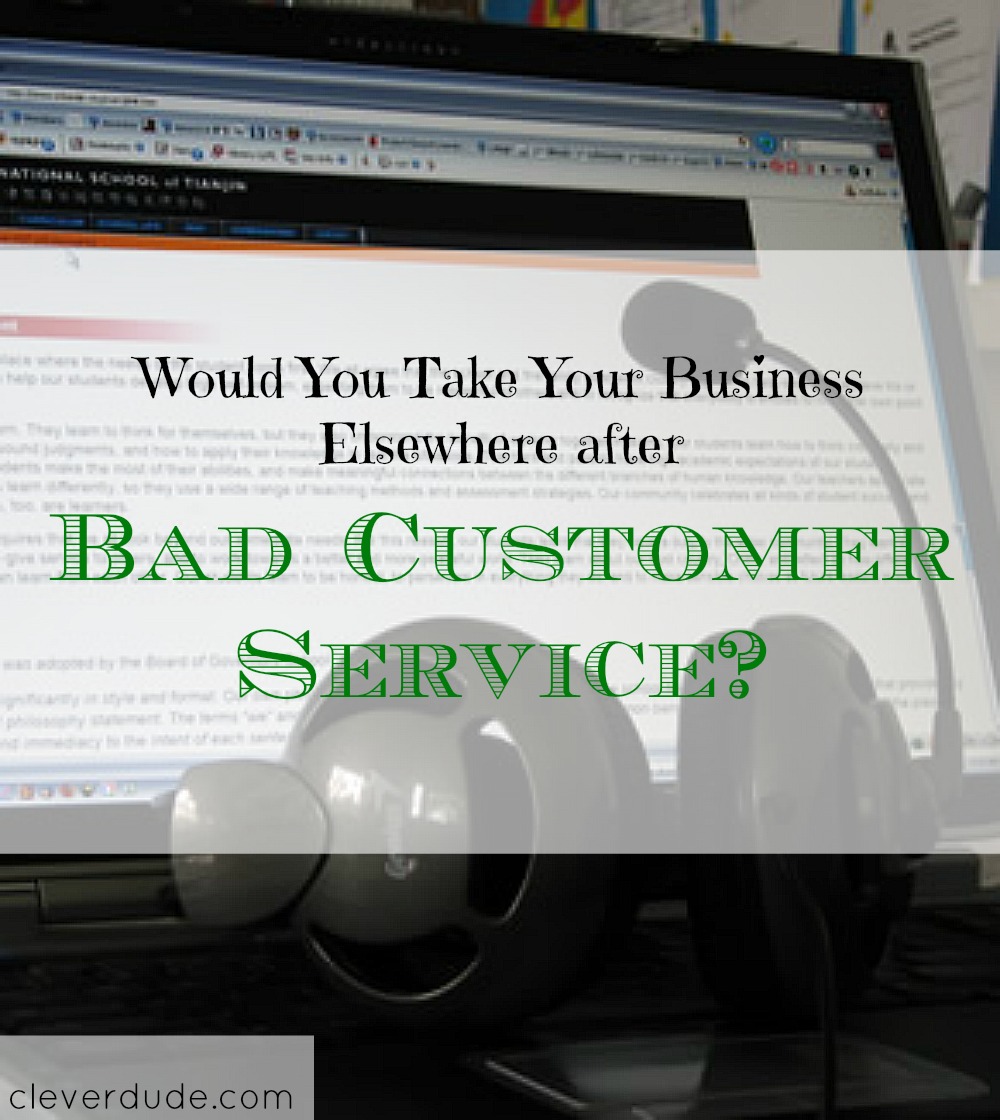 Customer service is a huge deal to me, and I put my money where the service is. I spend my money, even sometimes going out of my way, at places that treat their customers right. I also have a very long memory when it comes to businesses that have given me sub par service. Given this shopping methodology I’m having a really hard time with two businesses that were on my good guy list due to recent experiences.

The quick lube place I’ve used for the last year got my seal of approval when I brought my van there for an oil change because my previous first choice was too busy. After sitting in their waiting room for a few minutes an employee came in and told me that my van really didn’t need an oil change. It had been 6,000 miles since my last oil change, but he suspected that I had full synthetic oil put in during my last service, which was good for 10,000 miles. They reset the counter, filled my fluids for free, and sent me on my way saving me about $75.

My experience a few weeks ago was vastly different. This time when the employee came into the waiting room to talk to me he explained they had broken my dipstick, would order me a new one, and they’d call early next week when it came in. Two weeks later, and several phone calls to them (they never called me), the dipstick finally arrived. Quite frankly I think they forgot to order it the first time, and then when it finally did arrive they didn’t bother to call me.

Where Are My Keys?

My mechanic has received all my care maintenance work for years for their honesty. I brought in my van thinking the squealing I was hearing meant I needed new brakes. They put the van up on the lift and called me into the work bay. He showed that my pads were less than 1/3rd worn and explained that some ceramic brakes squealed a bit. He said he couldn’t in good conscious put new brakes on my van. He could have easily just replaced the pads, charged me a few hundred dollars and sent me on my way.

But later this morning, I’ll be driving back there to pick up my keys. Two weeks ago I had my car there to have a sensor replaced. I had my son and his friend pick up the car since he was the one that normally drives it. Yesterday I was looking for the extra set of keys, which I had used to drive the car to the mechanic, and that my son should have received when he picked up the car. Turns out they didn’t give him the keys. I called this morning, and they had the keys sitting there ready for me. I know they have a plastic pouch for every work order, which contains information about the job being done and the keys to the vehicle. Why didn’t they give my son the keys? Why didn’t they call to tell me they still had them?

I’ve got a bit of a dilemma on my hands. Both businesses have done something that really struck a positive chord with me, but now both have done me wrong, causing me inconvenience. What do you think, Clever Friends, do I give them another chance, or do I take my money elsewhere?