Why You Should Consider Savings in Gold 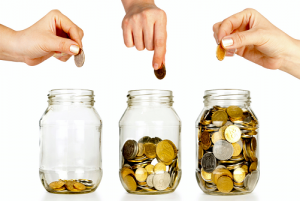 When it comes to money, one group thinks about how to spend it while another group thinks about investing. Quite a few are accustomed to the culture of saving for the future, but what many fail to see is that investing is a way of savings, only that in this case a person has to take a certain level of risk, which also gives them the ability to multiply their savings without additional capital.

Most forms of savings allow people to gain a certain level of return (mostly very low) at not risk. It is what is referred to as the risk free rate of return as denoted by the government base interest rates on long term bonds and treasury bills.

However, even these do sometimes experience fluctuations in levels of return as witnessed in the last few years. The global financial crises of 2008/2009 affected the rate of return on several savings vehicles and investment instruments thereby illustrating how unpredictable the market can be at times.

As such, people wonder what would provide the best savings vehicle over long periods of time. 401(k) is one of the best options, and I wonâ€™t go into details on this because it is already discussed widely on this website, so I am going to concentrate on a relatively dismissed method of saving that has proved to be effective for several years.

Gold as a form of savings

The gold price has been correcting from the spectacular bull move rising 12 straight years since 2001 in USD terms. Gold still remains in a secular bull market. The US economy in particular, has played a major role towards the declining price of gold. This decline has led many to think that gold may no longer be considered an alternative way to save money.

Right now, the US economy appears to be doing well, yet the rest of the world continues to struggle. Illustratively, China, which is the worldâ€™s leading consumer of metallic commodities has been experiencing economic slowdown for the better part of the last five years, and analysts expect the current trend to carry on to the near future.

On the other hand, the Euro Zone has also been under pressure to turnaround its economy while the UK cannot keep up with the US at the moment. In general, this signals a major global economic challenge, which could later trigger a ripple effect to the rest of the world including the US.

On the contrary, gold seems to thrive under severe economic conditions as investors shift their investments from the fixed income assets like bonds yielding negative real interest rate in many countries. This serves to justify the fact that investing in gold may be the best way to save money under touch economic conditions.

In truth, gold will never do better as an investment than stocks. But then again, this is the big mistake that many people make when evaluating gold as a store of value. Comparing gold with equity investments takes investors far from the real picture. Gold should be treated as a currency, in which case many will find out that it has been and still is the best store of value.

As such, the idea of savings in gold will not be down to buying and holding gold investments, but rather using gold as a medium of payment for various assets that you seek to invest in. Now, one of the biggest challenges of using gold as a medium of payment in small scale has always been the idea of transferring ownership. With central banks that is not a problem, but for investors like you and me it might be a little difficult.

However, following the emergence of various payment platforms like Bitgold, which is a platform that allows users to make transactions using gold, it is now pretty possible for individual investors to invest in various assets using gold as a medium of payment.

This means that even those looking to make savings can do so using gold and given the fact that the price of gold does not rely on various factors that affect listed companies like management and competing technologies, there is no better store of value.

Now, history has taught us that global currencies tend to lose purchasing power with time. A $5 note could buy a lot more stuff 20 years ago than it could today. This is why the aspect of interest rates comes into play. Currently the US 30 year bond is paying a yield of 2.95% while the ten year counterpart pays 2.22%.

On the contrary, even given the recent decline in the price of gold, the yellow metal has still managed to deliver more than 100% return to investors over the last 10 years and almost 10% per year in the last 15 years in USD denomination. This illustrates how gold maintains its magnificent purchasing power even when other investment vehicles tend to underperform.