What Is the Difference Between Roomba Models? 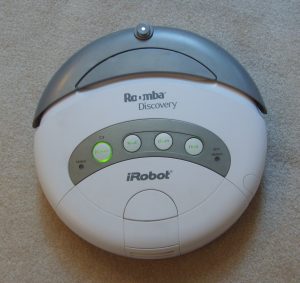 Appreciating the difference between Roomba models is truly an exercise in appreciating iRobot’s dedication to forward thinking and product innovation. I was at first extremely hesitant to accept a robot vacuum cleaner in my home. I used to feel that automation is just going to make human beings lazier.

Now, I enjoy noticing the differences and progression of innovative functions inherent in succeeding models. If I am not going to worry about vacuuming, thanks to my Roomba minions, I have decided that I would dedicate even more attention to other household chores and repair needs. Whether we appreciate it or not, iRobot’s line of automated Roomba vacuums are slowly replacing the need for humans to vacuum manually.

There is no getting around the fact that buying a Roomba is comparable to a small investment. The average and most basic traditional vacuum cleaner costs around $50 to $150. Meanwhile, the average Roomba will cost anywhere from $250 to about $1,100 for its newest model, the i7+. Considering how invaluable the Roomba is proving itself to be, relative to modern living, it’s a worthwhile investment. The company was founded in 1990, but by February 2019,  it had already amassed over $1 billion in sales.

In my opinion, if you don’t have a Roomba yet, you are missing out on the beginning of an automated revolution in home cleaning. Don’t know where to start? Here are notable differences between models.

Even though there is a Roomba 500 series model, most people harken to the 600 series as the beginning of the Roomba revolution. The Roomba is renowned for its formidable suction and vacuuming power, which improved throughout the series. The 600 series uses the AeroVac design, which was effective in removing dirt. The AeroVac 2 suction design was standard in the 700 series.

By the time the 800 and 900 series models appeared, iRobot had begun using the AeroForce suction design. The AeroForce system improved the suction power by a factor of five over the AeroVac system. The Roomba 980 model, in particular, has a Carpet Boost function that uses a suction force over ten times stronger than previous models on rugs and carpets.

The programmability of the Roomba has remarkably improved as newer models are issued. Most of the 600, 700, and 800 models can be scheduled to clean about seven times a week, or on command. Beginning with the revamped 690 model and throughout the 890 to 900 series, Roombas can now be programmed and remote controlled through the iRobot HOME app. This means that a Roomba can be programmed from anywhere through your smart device.

Most of the 600 series, and specifically the 761, 770, and 780 Roomba models, came with a remote control or required purchase of one. Newer models can be controlled with the iRobot HOME app now.

The i7+ and Beyond

The i7+ Roomba costs $1,100, is voice activated, app-controllable, has its own dustbin that can be emptied after 50+ cleaning. It also autonomously cleans more efficiently over time. Depending on your home cleaning needs and budget, there is a model of Roomba that can suit your needs.