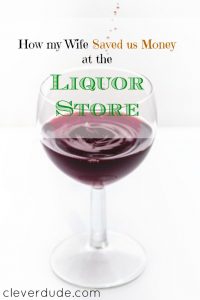 My wife and I have very different perspectives when it comes to saving money. I take a much more passive approach, content to hunt for coupons or search for the lowest advertised price. My wife, however, takes a much more direct approach preferring to negotiate a deal with whomever she’s talking to. She’s spent half an hour on the phone with hotel employees trying to get the best deal, and is never afraid to ask for a manager to discuss a discount. Sometimes I feel like my wife should be writing articles for this site. I’ve suggested as much, but she says she’s content being the source of my material. 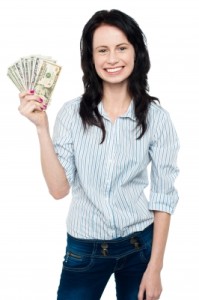 Since she doesn’t want to become a blogger, the least I can do is create a series of posts in her honor. I hope you enjoy the latest installment in a series I will now call, â€œWays My Wife Saves Us Money.â€

We host a party each year the weekend before Memorial Day. It’s our way of getting together with our friends and family to kick off the Summer season. We ask everyone to bring a bottle of their favorite beverage to help stock the bar, however we do supply some drink basics. We’ve done this for a number of years, and have gotten to know the owner of a local liquor store. As loyal customers, along with the fact that the bill does add up to a fairly substantial amount, he usually gives us a discount on our purchase.

We asked to talk to the owner, however he was not working the afternoon we stopped in the store. We mentioned that we normally have received a discount, to which the employees working responded that we would likely get a 10% discount. By the time we had completed gathering the items on our list, the manager on duty had returned from a delivery and started ringing up our items. My wife again mentioned the discount, to which the manager nodded his head. He showed us the receipt, as well as how much he took off the bill.

During the car ride home, my wife stated, â€œThat wasn’t much of a discount.â€

She read me the total, and the amount of the discount, which I quickly calculated at about 5%. When we got home, she headed straight for the phone and dialed the number on the receipt before she even sat down. She mentioned to the manager that we had bought our supplies there for years, typically had received a larger discount, and asked if there was any way he could give us a bigger break.

He agreed to give us a 10% discount, and said that if we could stop by the store, there would be an envelope with cash in it waiting for us.

We picked up the envelope a few hours later when we were running some other errands. I just shook my head and said, â€œYou worked your magic again.â€

Have you ever asked for, and gotten a bigger discount AFTER a purchase was complete?