Warning: Inexpensive Adventures Are Hiding In Your Community! 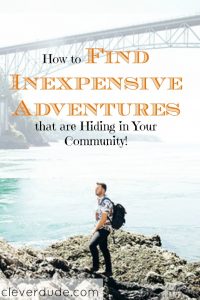 The woman said they’d been open for about two years.

â€œI’m ashamed we didn’t know about you sooner,â€ I responded.

My wife and I were sitting at a round wooden table at a winery looking out the huge open rolling door on a beautiful summer day. The vineyard was a few miles away, but they had a small storefront unknowingly tucked in an industrial strip mall literally at the edge of town.

We had heard of them through my mother-in-law who received a gift certificate for the winery from a friend of hers and invited us to come with to check it out. In addition to a selection of t-shirts, hats, and wine glasses, they also sold the various types of wine that they bottled. But the centerpiece of their offerings is what we ultimately chose, a wine tasting sampler.

The four of us sat at the table, while the owner served us samples of seven of the wines they bottle at their vineyard. We tried a few whites, a rose, two reds, and even a port. Included in our wine tasting were an assortment of chocolates, crackers, and cheese. We spent a total of close to two hours sampling the wines, talking, and enjoying each others company. 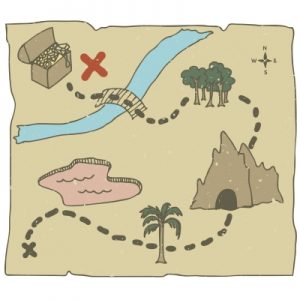 While I was talking with the owner, I pulled out my smart phone and liked their Facebook page. She mentioned they don’t have much of an advertising budget, so she wasn’t surprised that they weren’t that well known. Word of mouth is a powerful thing, and I assured her I would be spreading the word.

We’d definitely be back.

This wonderful experience, and hopefully many more, were hiding just a few miles from our home. Who knows what else is hiding within the community that we’ve now lived in for close to twenty years? I think it’s time to do some exploring!

Have you ever found a hidden gem hiding nearby in your community?