Too Cheap To Give a Wedding Gift? 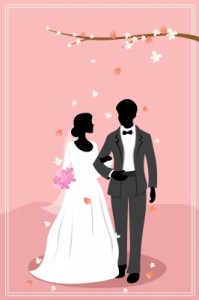 â€œDid you grab the card,â€ asked my wife as we got out of the car. The look on my face told her that I had not. I promised that we would give it to the wedding couple later, or even mail it. But I knew that card, and the money inside of it, was never going to get to their intended recipient. We were going to a wedding, and we weren’t bringing a gift.

Back up eight months to when my wife’s sister became engaged. My wife was asked to be in the wedding, with the date yet to be decided. A tentative date was set and reset several times.

As time marched forward, the husband and wife began looking for a home to purchase. Wouldn’t it be cool, they thought, to have the wedding reception at their new home before they moved in? It would be a really special way to share with all their guests where they were going to start their lives together, plus they could save some money on a reception location.

One evening our phone rang and the sister-in-law delivered the news: a closing date on the house had been set, so wedding plans had been kicked into high gear. The wedding date was now set in stone, eight weeks away. The bridesmaid dress had been selected and to guarantee delivery in time (if they didn’t have it in stock), it needed to be ordered â€“ TODAY.

To the formal shop we went. Our wedding expenditure whirlwind started out on a positive note. The dress selected was on clearance, and they had my wife’s size for $80. I know how much dresses can cost, and although it was an unexpected expense at that particular time, I felt pretty lucky.

Next up: shoes. We went to Payless Shoe Source and found a pair of silver heels that would work perfectly. We shelled out another $30. Again, knowing how much shoes can cost I felt fortunate. However, the stereotypical male in me still though it seemed a waste for a pair of shoes that would most likely be worn for less than 12 hours total.

Of course the wedding party needed to have matching jewelry to the tune of about $40.

On THE wedding day, the bride asked the bridesmaids to go to a particular department store and buy a black half jacket to go over the dress because it was a little chilly that day. The answer by all involved was a polite â€œNO THANKS.â€

While the wedding and the expenses were expected to be incurred at some point, it was thrust upon us without warning earlier than anticipated. A total of over $500 had to somehow be absorbed into the budget within an 8 week time frame.

When we got back to an in-law’s house where we were staying after the wedding festivities had concluded, I picked up the card and said to my wife, â€œHere’s the card…should we just mail it to them?â€ My wife read my mind and said exactly what I had been thinking.

Did we owe it to the wedding couple to give them another gift? Or was it OK to say enough is enough? What do you think?