Tips To Split A Bill 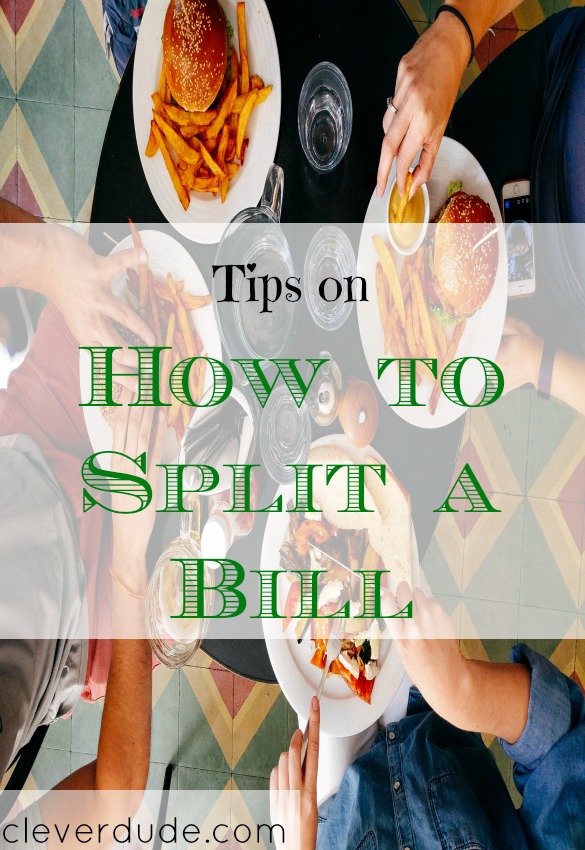 I can’t count how many times I’ve overpaid my share when splitting a check with friends.  I go to a bar or restaurant with friends and order not only what I’m in the mood for, but also for what my budget allows.  Many times the server will make separate checks, other times a single check is delivered and everyone scrambles to pay their share.  If you’re unlucky enough to be the last person handling the check you usually win the distinction of discovering for some reason you have to kick in extra cash.  Everyone adamantly claims they paid their share, yet the group is short funds.  This is an easy situation to fix.  To make sure everyone pays their fair share use one of these techniques to split a bill.

This is the foolproof way to make sure you won’t overpay.  Just tell the server that separate checks are needed.  You can do this after the single check has arrived, but it’s easier to just tell the server at the beginning.  However, the server may say they won’t do it OR your group may waive off your attempt telling the server, “we’ll figure it out.”

Remind Every one Of Tax

The most common offense in causing someone to have to pony up more than they really owe for a group check is the tax.  People add up the cost of their items forgetting about the sales tax.  By reminding people of tax, hopefully, people will add a little extra.

Suggest the group leave the server a great tip for his or her hard work in handling the group.  Again, the goal here is to stimulate people into leaving a little extra.

Take Charge to Split A Bill

Instead of crossing your fingers and hoping you’re not the one that gets stuck with extra, take charge and grab the check.  Go through the group asking each person what they had and adding it up for them.  Add in a proportional amount of tax and give each person their amount owed.  Again, suggest a nice tip.

Getting stuck with more of a group’s bill than owed is an unfortunate scenario I’ve experienced more than once.  By following one or more of these tips and techniques you can ensure everyone pairs their fair share.

How about you, Clever Friends, have you ever been stuck with the remainder of a bill that is more than you really owe?  How did you handle it?