This Hotel Cancellation Policy Loophole Could Save You A Headache, and Money 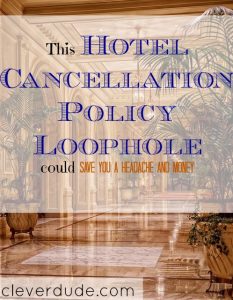 Some hotels have a cancellation policy that state if you do not cancel your reservation by a certain time your credit card will be charged for the room anyway. The line in the sand may be a specific time on the day of the reservation, 24 hours, or even longer.

My wife and I bought tickets last November to see the band Nickelback in concert. The actual concert was in March, and since the event was out of town we booked a hotel room as well. We were all set to hop in the car on the day of the event, when we were notified that due to a family emergency for one of the band members,  the concert had been postponed.  It was later rescheduled for a weekend in July.

We called the hotel to cancel the room, unfortunately we were told that the 24 hour deadline to cancel had already passed. They were not sympathetic to the fact that we called as soon as the concert postponement had been announced, we were stuck with the room. What they did offer was to reschedule our reservation, so we re-booked our room for the new night of the concert.

Yesterday afternoon, it was announced that due to a medical condition the concert was canceled and would not be rescheduled.

When making a hotel reservation in the future, remember the following tips: 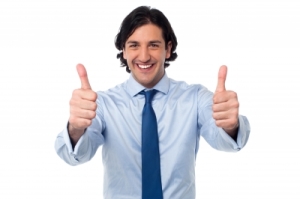 Image courtesy of Stockimages at FreeDigitalPhotos.net

Have you ever had to cancel your plans after the deadline of the hotel’s cancellation policy? How did it turn out?