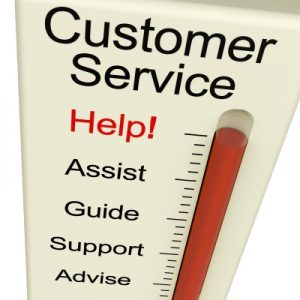 My wife loves her electric blanket. She naps under it during cold winter Sunday afternoons while I shake my fist at televised football games, and she snuggles under it while we watch our favorite shows together. She had one years ago when we first got married, but it had eventually worn out. I got her a new one for Christmas over a year ago, and it’s been a trusted companion ever since.

When she accidentally spilled something on it, we tried to spot clean it, but the stain just wouldn’t come out. There were instructions for washing it, which included disconnecting the electric cord, using the delicate cycle, and letting it air dry. I followed the directions exactly as printed, but when she tried to use her warm, cozy friend, the light blinked ominously and the blanket remained cold.

My wife was understandably unhappy. Even though the blanket was over a year old, she felt that we should be able to wash the blanket as instructed and expect the product to still work. She remembered that the blanket had come from Costco, and decided to call them up and see if they would allow us to return the blanket as she was not satisfied with it’s quality.

My wife has had good luck convincing retailers to let her return or exchange products, but I wasn’t so sure if she would be successful this time. We had no packaging or receipt. Plus, I had been in Costco recently and knew that they were not currently carrying the blanket in stock.

To my surprise, Costco told her she could return it, no questions asked.

When we got to the store, because I remembered approximately when I had purchased the blanket, they were able to find the purchase in their system. They knew how much I had paid for the item, and that I had paid with my debit card. They only had one question, â€œWould you like cash or store credit?â€ My wife handed them the blanket, and they gave us a Costco gift card worth twenty six dollars and change in store credit.

Costco said they had no time limit on returns, and not to feel awkward at all about returning the blanket. The Great Electric Blanket Experience has certainly raised my respect for Costco. Because of their great customer service and generous return policy, they’ll be getting my business whenever possible.

Finally, I’m not the only one who has noticed this, Heidi Mason over at Saving Advice.com did a pretty good write up of Costco’s return policy.  Great minds think alike!

Have you ever tried to return something to Costco a long time after you’ve purchased it? Were you successful?