The Refund I Didn’t Know I Deserved 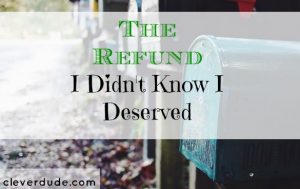 Author’s Note: Sometimes I like to lighten it up a little here at The Dude, and today is one of those days. Hereâ€™s a story about a little surprise I got in the mail last week. Enjoy!

I assumed the letter from Target Optometry was one of those gentle reminders that it was time for our yearly eye exam. But when I opened it, I found a check along with this note:

I am reaching out to you due to a programming error, which resulted in an error in the price you were charged on your eyewear purchase in regards to your premium Anti-Reflective lenses. I regret this error and sincerely apologize for the inconvenience. New procedures are in place to prevent this type of error from happening in the future.

I cocked my head, and wrinkled my face as I thought about when we purchased glasses from Target. It wasnâ€™t this year because we purposefully went somewhere else as we were not happy with the exam at Target. I dug out my receipts and confirmed that we purchased the glasses in March of 2014, over 17 months ago.

I unfolded the letter again to find out how much they had overcharged my wifeâ€™s sunglasses. I remember that they were quite expensive, so I was hoping it was sizable. I groaned a little, and then laughed as I read the digits: $12.24.

I canâ€™t imagine what would have prompted Target to review how the prices were calculated for sunglasses. The words â€œprogramming errorâ€ seems to suggest that maybe they found a code problem in their software, and thus were able to determine what kind of transactions would have been affected, found the errors and the amounts, and issued the refund checks.

I donâ€™t envy the person that had the job of analyzing all those transactions. Not even a little bit.

I was a little disappointed that my refund wasnâ€™t larger, but twelve bucks is twelve bucks. I give Target a lot of respect for refunding me a fairly small amount for a purchase made almost a year and a half ago. 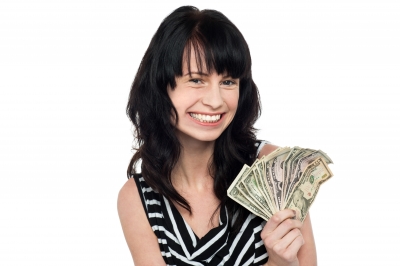 Have you ever received a surprise refund in the mail from a purchase made a long time ago? How long had it been since the purchase?