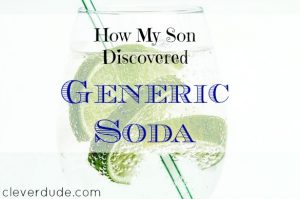 My son is your typical high school sophomore. Social and peer pressure tells him that the brand name of his sports equipment, and where he buys his clothes and other products he uses matters. As an adult I know better, but as a kid I was the same way. I remember giving my mom a hard time for trying to be cost conscious. I cringed at the thought of going school shopping with her because I knew it would only be a matter of time before sheâ€™d tell a store employee that their prices were too high.

After a high school football game on Friday night, he climbed in the van as I was picking him and his friends up at a gas station nearby the field.  He pointed at the bottle of soda he put in a cup holder and asked if I had ever tried that kind. After I told him that I had not, he went on to explain to me that it was an off brand of cola, but itâ€™s cheaper AND (in his opinion) better than Coke. 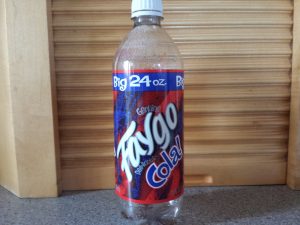 Seeing an opportunity to reinforce a lesson in value, I told him how this is a good example of why the label on a product isnâ€™t always a good indication of the quality of the product inside.   I went on to tell him he should always try things for himself and if he likes them, thereâ€™s no harm in saving a little money in buying an off brand product.

â€œBut Dad, this bottle of soda was literally half the cost of real Coke. Can you believe that?â€

I smiled as I realized what this was really all about. He had just showed me some new headphones that he wanted to buy. I didnâ€™t think I needed to ask, but I suspected his new found frugality was rooted in his desire to go out and have fun with his friends while still trying to save money for some new headphones.

This is the same young man that wanted a specific pair of baseball cleats because of a brand name. Itâ€™s also the same person that while school shopping said he wasnâ€™t interested in looking at certain stores for jeans.  Itâ€™s interesting to see how his perspective and his choices change when itâ€™s his own money being spent.

â€œI can believe it,â€ I said, â€œThereâ€™s a lot of products like that around. You just have to look for them.â€

Hereâ€™s to hoping he finds them.

Do you remember if your spending choices changed once you were responsible for your own purchases? Have you ever witnessed a child making different choices when it was their own money being spent?