Teens And Money: Teaching The Concept of Pay Yourself First 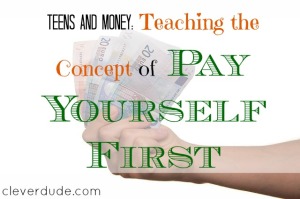 My son approached me over the weekend and asked me an unexpected question.

â€œDad, can we do that open a savings account thing?â€

When he started his part-time job, we had agreed that he could keep his first two paychecks to do whatever he wanted with. After that we would talk about him paying for some of his own expenses, such as car insurance and gas, as well as saving a significant amount out of every paycheck.

Friday was payday for him, as I noticed that a nice sum of money had been direct deposited into his account. I was impressed that he was ready to start saving, and had come to me to begin the process.

He had approached me after work on Saturday, thus the banks were closed, thus I told him that after school on Monday we would go to the bank.  We agreed upon an amount he would transfer to his new savings account. We then discussed that on every payday the first thing he should do is transfer the agreed upon amount from checking to savings.

â€œI can do that online?â€ he asked.

â€œYup, I’ll show you how. This is something called paying yourself first.â€

He smiled a little at the term, and seemed to understand what it meant.

â€œThe night before payday, I’ll transfer whatever of my spending money I haven’t spent to my savings account, too.â€

It was my turn to smile. I again admired his ambition to save as much as he can.

The conversation we had lasted not more than 5 minutes, but it was invaluable. It allowed me to introduce him to two very important concepts.

I plan to talk with him from time to time about how his savings is growing. It will also be interesting to see if he actually has money left over right before the next payday, and if he really transfers it to savings. He’s got two years of high school left, and I plan to make the most of it in teaching him how to handle his money. 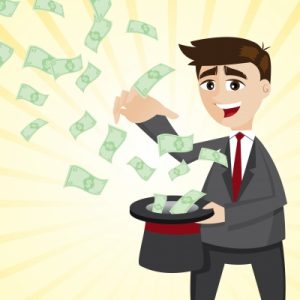 Image courtesy of iosphere at FreeDigitalPhotos.net

Did your parents teach you these lessons? Have you taught them to your children?