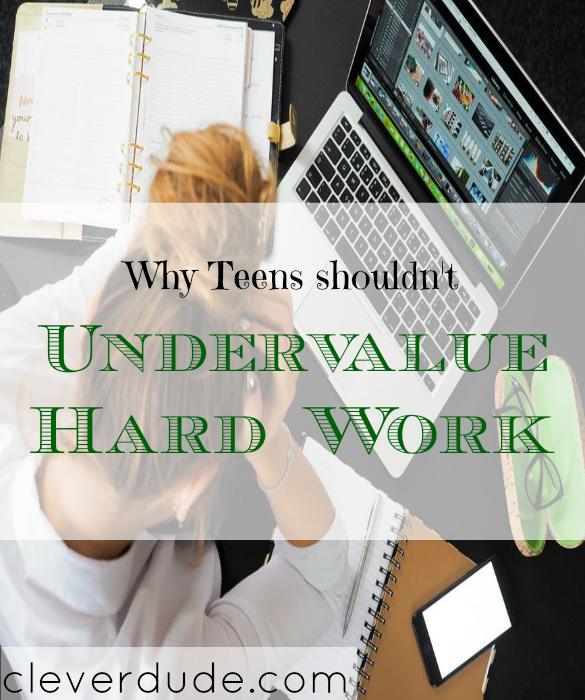 Teaching the value of hard work is part of teaching a child how to be a productive and successful person. If you want something, and you work hard for it, you will be rewarded. There is, however, a flip side to the value of hard work. You have to be able to determine when you’re not being compensated fairly for your hard work and what to do about it. It is this that I found myself explaining to my son recently.

My son has been doing video editing for a professional gamer he was connected with through some mutual friends. He takes hours of video footage and edits it down to a video just a few minutes longer for a vlog entry for the gamer’s YouTube channel. The first couple of times he did it, he was excited just to do it for the experience and to see how many times the video was viewed.

However, the excitement of exposure and potential future paying jobs quickly wore off and he determined he should be getting paid for his efforts.   He conveyed this to the gamer, who agreed to compensate him for work performed. The next time my son was asked to do some editing, he was indeed paid.

Unfortunately, things may be turning in the wrong direction again. He has not been compensated for the last few jobs he has done, even though he has been promised he would be eventually. No date has been given. Calling on my experience as a blogger, I gave my son a few points to contemplate.

My son is willing to work hard doing something he’s good at, but he should be compensated for his work. There are people that will take advantage of situations and people, and I want my son to know how to handle himself should this be what is happening to him.

What do you think, Clever Friends, are you a freelancer that has had problems getting compensated for work done? What did you do?