Teens And Money: Don’t Quit your Job Until You Have A New One 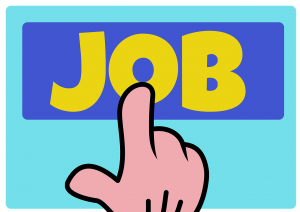 I shook my head in disbelief at what my son was telling me. I just couldn’t understand the logic behind why he thought the plan of action he laid out for me was a good idea. I remembered that he’s only a teenager and needed my guidance, so I took a deep breath before continuing our conversation.

He had only been working weekends at his part time job at a grocery store while the high school golf season was in session, and with the end of the school year upon us, I mentioned it was time to inform his manager he could again work weekdays. Instead of agreeing with me, instead he said he was thinking about putting in his two week notice.

With summer vacation beginning, my son wanted to quit his part-time job.

He wanted to switch jobs, and was applying at a local big box electronics store. He is eyeing a career in computer science and thought it could be good experience if he could get the right position. His thought process on why he should quit his current job immediately was as follows:

I listened to his points carefully, verbalized my support and encouragement for looking for a job that is more closely related to his field of interest, then laid out my thoughts on why he should hold off on quitting his current job until he is hired somewhere else:

I think it became obvious to him that quitting his current job wasn’t a good idea just yet. He doesn’t have any information about what job he would be hired for at the electronics store, or if he would be hired at all. There’s no reason to break his income stream, especially in the summer when he can work more hours. He can continue to earn spending money for hanging out with his friends in the summer, as well as saving for more long term goals such as his own car, or college.

I reiterated my support in looking for a different job, but told him one more time that it’s not wise to quit one job until he has a different one. He reluctantly nodded and agreed. I wasn’t sure if he really got it until he posted his schedule for the next week on the fridge door. He was scheduled for several days, including weekdays.

While this was a good lesson for him as a teenager, hopefully it will serve him in adulthood as well. It’s not uncommon to switch jobs in today’s job market. By helping him think through the pros and cons of quitting his current job before securing a new one, my son was able to make the decision best for both his short term and long term financial goals.

How about you, Clever Friends, have you ever switched jobs? Did you quit one job before you had been hired for a new one?