Teens And Money: A Lesson in ATM Fees 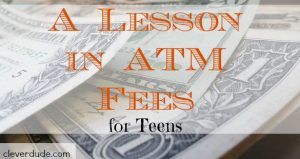 I was looking through my sonâ€™s bank transactions recently when I noticed something that required a discussion. I saw that he had withdrawn money from his account, and was charged a $2.50 ATM fee.   When he received his debit card, I explained that he had easy access to his account using an ATM and his PIN, but we hadnâ€™t talked about how to avoid fees.

He knew he had paid the fee, as a message had popped up on the ATM. At that moment he didnâ€™t think he had a choice because he was in a hurry and needed cash. He didnâ€™t know that withdrawing cash from an ATM might actually cost him money. In fact, he was double surprised at the message because there was a sign on the convenience store he was in that stated, â€œNo Fee ATM.â€

I explained to him a few of the finer points of using an ATM.

There are two different ways that a person can be charged a fee when using an ATM:

Now that he knows that our bank charges a fee to withdraw cash from an out of network ATM, he can take steps to avoid these fees.

I think he got the message. 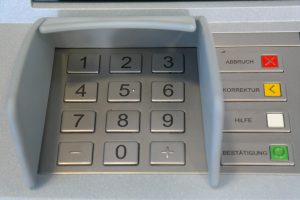 Do you plan ahead to avoid paying ATM fees, or do you just view it as a convenience worth paying for?