Teenagers Do Not Always Want Freedom 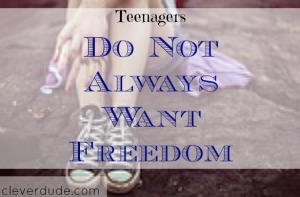 Teenagers are a strange bunch. I’m discovering that more and more as mine navigates his teenage years. He talks a lot about having more freedom. My wife and I respond with the standard, â€œYou have to earn it,â€ speech. But for all his talk about being older, more mature, and deserving respect and choices, sometimes he really wants the exact opposite.

I make breakfast for him each morning before he heads off to school. I’m gradually teaching him skills, like cooking, that he will need to fend for himself once he leaves the nest. But it’s important to me that he leaves the house with a content stomach, plus it gives us a little bit of father / son talk time that is harder and harder to find these days.

I’ve gotten in the habit of asking him what he would like to have for breakfast. Sometimes he rattles off something immediately, sometimes he has to think about it a bit, but many times he simply shrugs his shoulders. The last scenario usually strikes me the wrong way, putting me in a foul mood because having an argument about what to make usually results in more time spent arguing about breakfast than making or eating breakfast.

I gave up on giving my son a choice for breakfast.

Instead of waiting to ask him what he wants, I just choose for him and make it. When he comes downstairs ready for the day I set two plates down on the table. One for him, and one for me. He thanks me, we sit down, and we talk while we eat breakfast together.

He hasn’t complained once about what I made him for breakfast.

Teenagers will test boundaries and demand freedom that they may or may not yet deserve. But deep down they know that they still need their parents. Sometimes they just want to feel the security of knowing their parents will take care of something for them. In a blink of an eye he’ll be graduating from high school and packing up his car to leave for college.

I’m willing to give him that security and comfort just a little while longer. 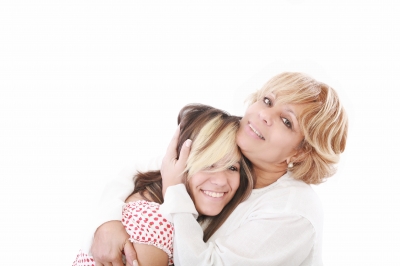 Have you noticed this same phenomenon with your teenager? Or do you remember feeling this way as a teenager?