What Is The Social Security Tax Maximum? 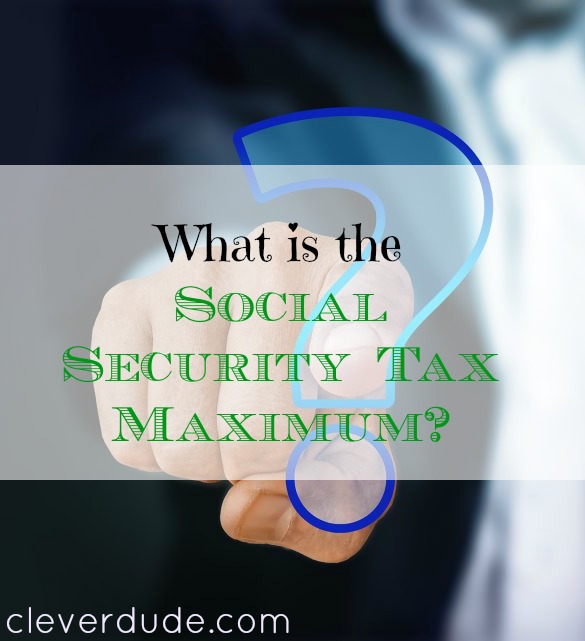 Have you noticed a bump in your paycheck lately? If you have a high income, as the end of the year approaches you may notice an increase in your paycheck even though your gross income has not changed. This isn’t a mistake, the money is yours. You have probably hit the Social Security tax maximum.

What Is Social Security Tax?

Your payroll statement will include amounts deducted from your paycheck for the Federal Insurance Contributions Act (FICA). It will likely be broken down into two different amounts:

Note: There are special rules regarding FICA tax amounts in special circumstances such as self-employment and other areas.  Please reference IRS documentation for more information.

What Is The Social Security Tax Maximum?

In 2017 the 6.2% FICA – OASDI tax is only applied to the first $127,200 of income for a maximum tax of $7886.40. The income amount to which the 6.2% tax rate is applied is known as the Social Security Wage Base and is computed by the government based on average national wages.

There is no maximum amount applied to FICA – MED.

What Happens When You Reach The Social Security Tax Maximum?

Once an employee has been taxed the maximum amount for a given tax year, FICA – OASDI is no longer collected for the remainder of the tax year. This could mean a temporary increase of hundreds of dollars in each paycheck until the end of the year.

Reaching the social security tax maximum could mean an increase in your paycheck. However, it’s important to realize this increase is temporary and will last only until the end of the calendar year. Once the new year starts, the amount you’ve paid into FICA – OASDI will reset to zero, and your paycheck will go back to your previously expected amount.

How about you, Clever Friends, have you ever reached the Social Security Tax Maximum? What did you do with the extra cash?