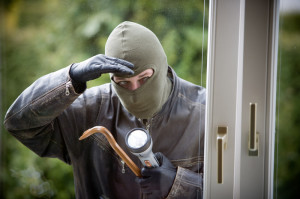 Celebrities are obvious targets for burglary, but you’d think they would have better security than the average person. Turns out that’s not necessarily the case as celebrity homes are just as susceptible to robbery as anyone else’s, and it’s not uncommon for them to be taken for thousands of dollars while they’re out doing whatever it is the beautiful people do.

If celebrities arenâ€™t immune to home burglary, then you and I are certainly potential targets as well. If your home isnâ€™t protected you could be putting your personal property at risk! Look for your local Protect Your Home office and donâ€™t mess around with this stuff. Get them to come and install your home security system as soon as you can! Donâ€™t take my word for it, here are six celebrities who lost a sizable chunk of change to wily crooks:

1) Paris Hilton
Paris Hilton was the target of the “Bling Ring“, a group of teenage Hollywood burglars about whom Sofia Coppola is currently making a movie. While the Bling Ring hit other big names such as Orlando Bloom and Megan Fox, they seemed particularly fond of Hilton, burglarizing her home five different times and making off with millions in clothing, jewelry, cash and electronics. Her proclivity to leave her doors unlocked, security system off and to not file police reports no doubt was what made her the group’s favorite; she didn’t bother reporting the break-ins until after their final excursion.

2) Steve Jobs
Though there is perhaps a technicality here in that the burglary occurred after Jobs’ death, nevertheless a burglar seized an opportunity to hop the fence and burgle Jobs’ house as it was being renovated. Inside were many of his personal possessions, including his wallet and driver’s license as well as many Apple products. The burglar showed a very poor grasp of how all this technology works, however, when he connected to his personal iTunes account the next day using one of the stolen devices and was promptly found and arrested by San Jose police.

3) Kourtney Kardashian
While out to dinner with her boyfriend one evening in 2009, Kourtney Kardashian’s home in Calabasas was broken into. The burglar got away with a reported $30,000 in jewelry and a Cartier diamond watch. Given that the thieves got in and out so quickly and that the burglary occurred shortly after the jewelry was given to Kourtney by her boyfriend’s grandmother, there is speculation that it was an inside job.

4) Willem Dafoe
Willem Dafoe was the target of a cat burglary right out of the movies in 2011, as his Rome apartment was hit by a team of thieves who used mountain climbing gear to get onto the roof of the building and a rope system to lower themselves in through a window. Dafoe estimated the loss to be about 3 to 4 thousand dollarsâ€™ worth of jewelry.

5) Kirsten Dunst
While in New York filming a movie, Kirsten Dunst’s room was broken into by a man who snatched her purse. The purse itself was worth $2,000, but the case became even more interesting when at trial it was revealed that marijuana was found inside of it. Mary Jane denied that the Mary Jane was hers, though, claiming her assistant was fond of the stuff.

6) Kate Moss
Kate Moss faced perhaps the most frightening burglary of the bunch, as it occurred while she, her boyfriend and her mother were home! All three were asleep in other parts of the house at 4 a.m. when a team of burglars hopped a fence and let themselves in to steal three valuable paintings, including one made for her by the artist Banksy.