Should My Teenager Get A Debit Card? 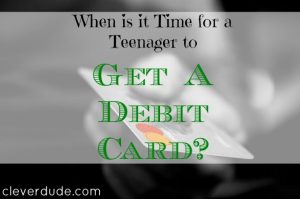 While we were lifting weights on Thursday my fifteen year old son surprised me with the following question: 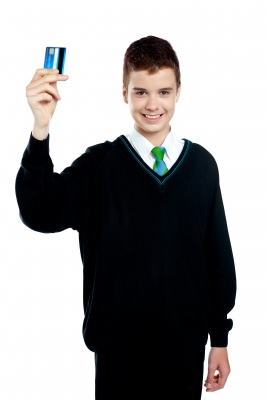 He went on to explain his request. He plays a lot of online games, and he commonly uses his the funds he’s earned through lawn mowing or general allowance to purchase them. The usual process goes like this:

His main complaint with this process is that sometimes he wants to buy a new game to play with his friends when I’m not around, or sleeping. As we talked about it, the more I liked the idea. We listed out the pros and cons of getting him a debit card linked to his own account:

We decided that the Pros outweigh the Cons and decided to go ahead and get him a bank account with a debit card linked to it. This account would be separate from his savings account, which I don’t want him to be able to touch. For times when he does need cash, I may be able to give him cash I may have on hand and electronically transfer funds out of his account.

As a parent, I’m most excited about the prospect of him taking more responsibility for his finances, while still being able to monitor what he’s doing with his money. It allows him to grow up a little, while we’re still able to help him identify and correct mistakes while the stakes are relatively low.

What do you think, is fifteen old enough for a teenager to have a debit card?