Save Money By Winterizing Your Own Sprinkler System 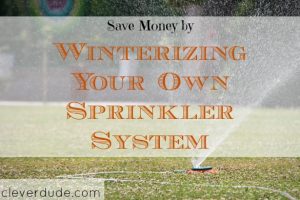 Every fall I get the letter in the mail asking if I want a local irrigation company to come and winterize my sprinkler system. I’ve seen my neighbors get the service. A truck pulling a  huge air compressor on a trailer parks in front of their homes.  They hook up a hose, and 20 minutes later it’s all over.

Every year I rip it the letter in half and throw it in the garbage.  I will not be paying the $108 dollars for them to come and blow out my lines because I know how to do it myself. 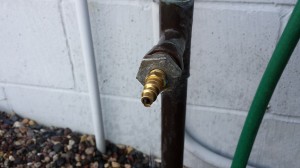 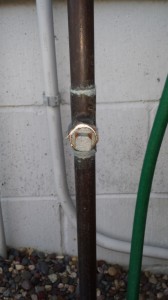 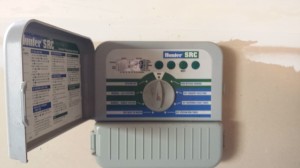 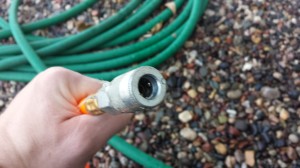 Because the air compressor I used was much smaller, it took me about two hours to complete the task.  I didn’t mind, however, because this time of year I spend my Sunday afternoons watching football and I can easily run outside for a few minutes occasionally to do the next iteration. It’s certainly a lot easier than writing out a check for $108.

Have you ever blown out your own sprinkler lines? How did it work for you?