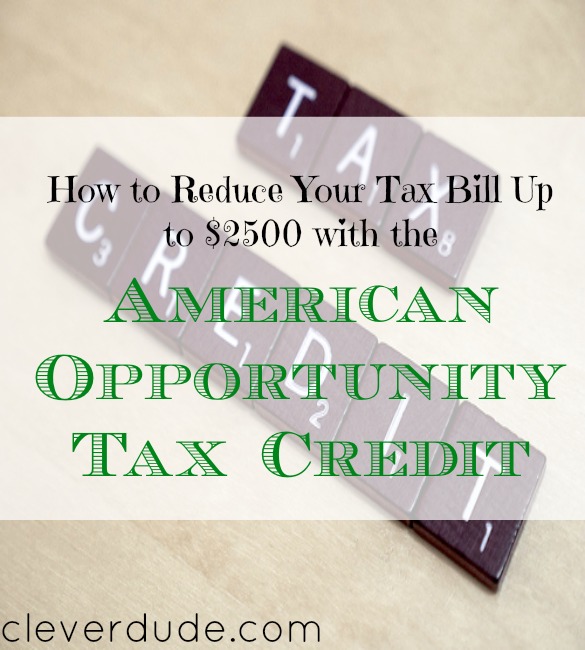 If you have a child in college, or you are pursuing a post-secondary degree for yourself, you may have received a 1098-T statement from your university. I received one in the mail as it’s my son’s first year in college. I didn’t realize exactly what I was holding until did a little research and found that the 1098-T could mean a huge tax break by claiming the American Opportunity Tax Credit.

What is the American Opportunity Tax Credit (AOTC)?

The AOTC is a tax credit that rewards people for investing in their future by furthering their education. One hundred percent of the first $2000 of qualified expenses can be claimed, as well as up to 25% of the next $2000 for a total maximum credit of $2500. Because it’s a tax credit, the amount is subtracted directly from your tax bill in contrast to a deduction which reduces your taxable income.

What Are Qualified Expenses?

Who Qualifies For The AOTC?

According to the IRS website, students must meet the following qualifications to be eligible for the AOTC:

Who Claims the AOTC?

Students can claim the AOTC on their own tax return unless they are claimed by someone else as a dependent. If a student is claimed as a dependent, whoever is claiming them qualifies for the AOTC.

What do Income Levels qualify for the AOTC?

College is expensive, but the American Opportunity Tax Credit can help make it more manageable. As you prepare to do your taxes this year, make sure you take advantage of the AOTC if you’re eligible!