Powder, Liquid, or Pod: Which Form Of Laundry Soap Is Most Cost Effective? 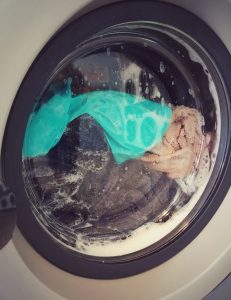 I’ve used liquid laundry detergent as long as I can remember. But when my family and I went to Florida I bought some of the detergent pods as they were just more convenient to pack and take with us. Laundry detergent was on this weekend’s grocery shopping list, and I wondered which form of the product would be the least expensive per load. I decided to compare the three forms of detergent; liquid, powder, and the pods for two major brands and see which came out as the best value for my money:

From the data collected it appears powder is the least expensive, while pods are the most expensive form of laundry detergent ( assuming other brands would follow similar price differential for the different forms of detergent).

There are, however, a few things to keep in mind when selecting your type of laundry detergent:

My own personal preference remains the liquid form of detergent. Pods are significantly more expensive than either liquid or powder and while they may be convenient for traveling, I don’t see any advantage to using them at home. Also, while liquid is not quite as inexpensive as powder, it doesn’t have the clumping/residue issue.

This analysis was done using only two types of detergents, but you can easily do the same comparison for other brands. The next time you’re at the grocery store, collect the data for your favorite brand, and see how they stack up!

How about you, Clever Friends? What kind of form of laundry detergent do you use? Why?