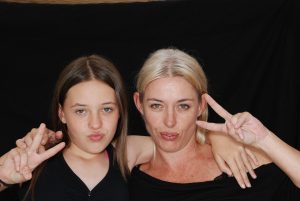 Part of being a successful parent is knowing which battles to fight. Children need instruction and guidance, but they are their own individuals as well. It’s important to let them figure out who they are, and express themselves in their own way. As parents it’s important to realize that we will not agree with our children’s decisions 100% of the time, and in some cases that’s just fine. By letting my son do his own thing some of the time, I truly believe he’ll be more willing to listen to me when I do put a stake in the ground on something else.

Let the little things go, so you can influence the big things.

As my son as grown through his teenage years, here a few of the little things that I have chosen not to take issue with, even if I might not agree with his choices:

When I was a teenager, I wanted to have long hair like my hard rock heroes. The most I could manage was a mullet, and my parents absolutely hated it. They gave me a hard time about it constantly, berating me and coming just short of making me cut it off. Their dislike made me want to keep it and grow it longer. Eventually I exited that phase, and shortened my hair length.

A few years ago, my son wanted to have this shaggy, bowl looking hairstyle. I thought it looked atrocious, but I didn’t tell him that. Not once. He was a young teenager at the time, likely conscious about how he looked, and I figured in the whole grand scheme of life, it wasn’t that big of a deal. He too exited that phase and now his hair is short and neat.

When I was a teenager, my parents made an explicit statement that as long as I lived under their roof, I was not to get my ears pierced. So, immediately upon moving out of their house for college I got my ear pierced. In fact, I did it on THE day I moved into my college dorm room. My parents were furious.

My son hasn’t displayed any wish to have one or both of his ears pierced. I don’t even know if guys having their ears pierced is â€œa thingâ€ anymore. But if he wanted to do it…….go nuts. They’re removable, and eventually he will likely decide to take them out, as I did.

My son doesn’t dress like me, and doesn’t want to. The feeling is mutual. His clothes are neat, in good condition, clean, and contain no objectionable phrases. Outside of that, do what you want.

I hear him curse while he’s playing video games online with his friends. I’m sure he curses when he’s with his friends. The rule is simply that he show me respect by not cursing directly in front of me or other adults. We’ve had the talk about how the words that come out of his mouth (not confined to just cursing) communicate a lot about who he is and influences how other people will view him. He has to figure out his limits and boundaries with respect to how he wants to be perceived.

By not making a big deal out of these issues, which turn out to be really important to teenagers, I believe I gain trust and respect from my teenager.   If you make a battle out of everything, everything will be a battle.  By carefully choosing which things I will take issue with, I increase my ability to make a greater impact when it comes issues that will affect the rest of his life.

Do you tend to let some less important things go with your teenager? What would you add to this list?