Our House Is the Cool Place To Hang Out 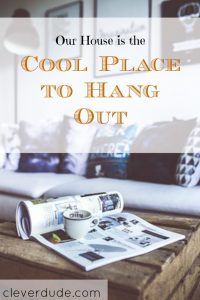 Since the day our son was born, my wife has said that when he enters his teenage years she wanted our house to be the place everyone wanted to hang out. Her theory was, if our son and his friends all liked being at our house then we would know where he was at and he would have less of a chance to get into trouble.

Her dream came true over the weekend.

Our son was supposed to go an overnight online gaming event with half a dozen friends. Theyâ€™ve done this a couple of times, and always have a great time. A few days ago, the host told everyone he had to cancel because his parents had other plans. So, my son asked if we could have it at our house. 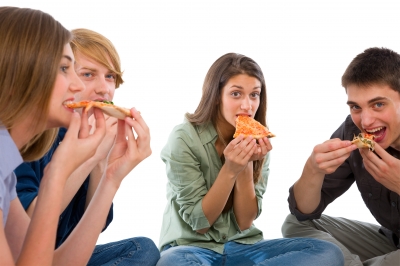 I could feel my wifeâ€™s eyes light up from across the room.

Before his friends arrived, I spent some time cleaning our basement, and doing some setup. Having been to my share of gaming parties when I was younger I knew a little bit about what he would need.

When everyone had arrived, and all their gear had been unpacked I walked downstairs just to make sure they didnâ€™t need anything else. The lights were off, but the room was glowing from the computer screens, and the lighting effects from the gaming computers and headsets. I heard one of them say, â€œI gotta take a picture of this. Last time I had to sit on a couch in a different room. This is really cool.â€

It was really cool.

Later in the evening they emerged from their gaming dungeon and went outside to play night games in the park behind our home with flashlights. They came back in an hour later thirsty and ready to get back to their gaming.

They finally went to sleep about 7am.

After everyone had gone home, my son told me that he might want to do this again. I nodded and said, â€œAnytime, son.â€ He also expressed interest in having a fire and making smores next time. Sounded like a great idea to me.

He smiled, I smiled, and I could feel my wife smile from across the room.

Is your home the cool place for your kids and their friends to hang out?