My Son Didn’t Want To Pay His Bills 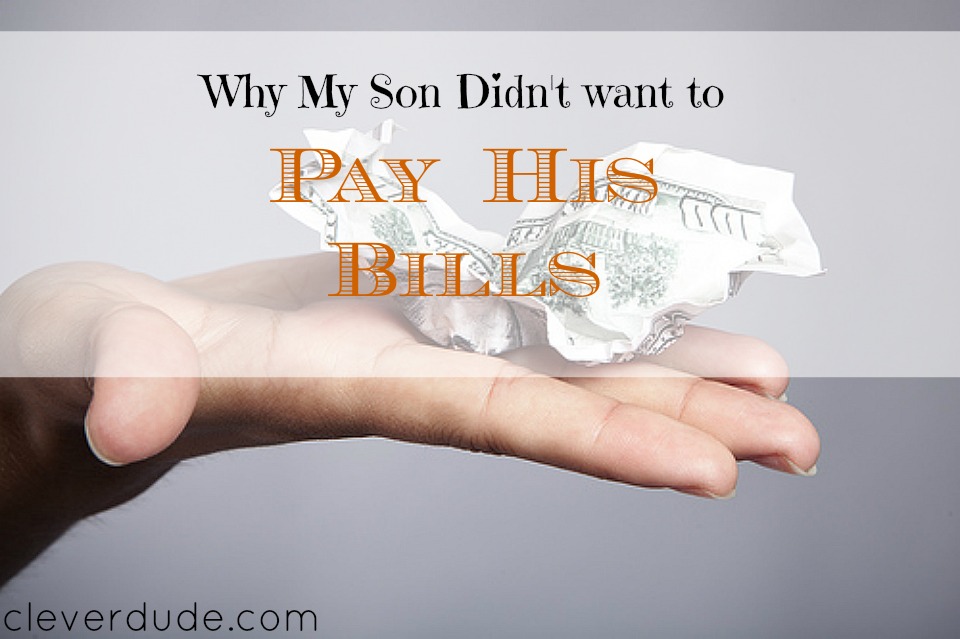 â€œYou said you would pay for it,â€ said my son in an agitated tone of voice, â€œas a Christmas or birthday present.â€

The above quote was from  a conversation over the weekend regarding his Xbox Live subscription which he uses to play video games with his friends online. It is set to expire the first week in May, and we told him that we would cancel it unless he gave us the $50 renewal fee.

This did not make him happy.

Apparently he had interpreted a certificate we gave him for Christmas in 2011 for an Xbox Live membership as meaning to be forever, not just for a one year subscription as we had intended (and to the best of my knowledge stated on the certificate). My wife asked him if he had any money saved. He took his wallet out from his desk drawer, opened it up, and counted exactly $50. My wife noted that he had enough to pay for a year’s subscription.

â€œBut then my money would be all gone!â€ he exclaimed.

â€œWelcome to the world of grown up finances, son,â€ I responded.

I then took the opportunity to have a discussion with him about priorities and finances. I asked him what else he thought he needed money for, to which he really didn’t have an answer. I personally think he just didn’t like the thought of having an empty wallet, which I can certainly understand.

Who likes having zero money?

I asked him what brought more value to him, having money in his wallet, or being able to continue playing games with his friends online. I then asked him again if he had any other need to spend money, to which he again couldn’t think of anything. So I presented the following points to him:

I concluded to him that it sounded like a no brainer, fork out the $50.

He was lucky that he had the money to pay for it, given that there was a misunderstanding of who was going to pay. What I want for him to take away from this experiences is the ability to make educated decisions about spending money based upon priorities. For this teenager, not many things trump being able to play games online with his friends. I also want him to learn the importance of knowing when a bill is coming due, and planning for it.

Do you think he learned his lesson?

Brought To You Courtesy of Brock