Lack Of Knowledge Can Cost You Money 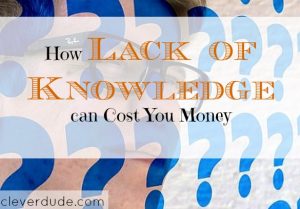 My mother is extremely frugal. She stretches the money her and my father have by painstakingly evaluating every purchase for value, and getting every drop of use out of their possessions. But while visiting them for Thanksgiving  I saw that they were wasting money each and every month because they lack technological knowledge. 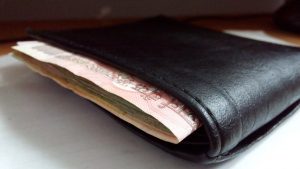 My dad’s not a huge technology guy, but for someone in his mid-70’s he does pretty well. He recently researched and bought a new high definition TV. He has a laptop, high speed internet, and even has a wireless printer. He can use all of these items well, but if anything goes wrong my phone rings.

I was curious as to what broadband package he had, and asked if he had a recent cable bill I could look at.  Inspecting their detailed cable bill, I saw that my parents were paying $10 a month to rent their cable modem. At $10 month, they’re paying $120 each year to rent their cable modem. I don’t recall how long my parents have had high speed internet, but it’s been at least a couple of years. I looked up the cost of the model of cable modem provided by their cable company, and found it on the Best Buy website for about $80.

Each year my parents pay 1.5x times the actual value of the cable modem just to rent it!!

My wife and I had run into a similar situation a few years ago with our cable modem. When we first signed up for broadband service there was no cable modem rental fee. Later, when we received a letter in the mail stating that a $3 fee for cable modem rental would appear on our bill starting the following month, I knew we had to take action. I returned the cable modem to the cable company office and simply bought my own.

As a Christmas present, I’ll be purchasing and installing the exact same cable modem my parents currently have. The cable modem itself will not be the present, however. Just replacing their cable modem doesn’t give them anything they didn’t have before. Visually, it’ll look exactly the same as before, and their internet will work just as it did before. The real present will come each month when they open their cable bill and find it $10 less than it had been.

How about you Clever Friends? Have you ever overpaid for something because you just didn’t understand something?  How much did it cost you?