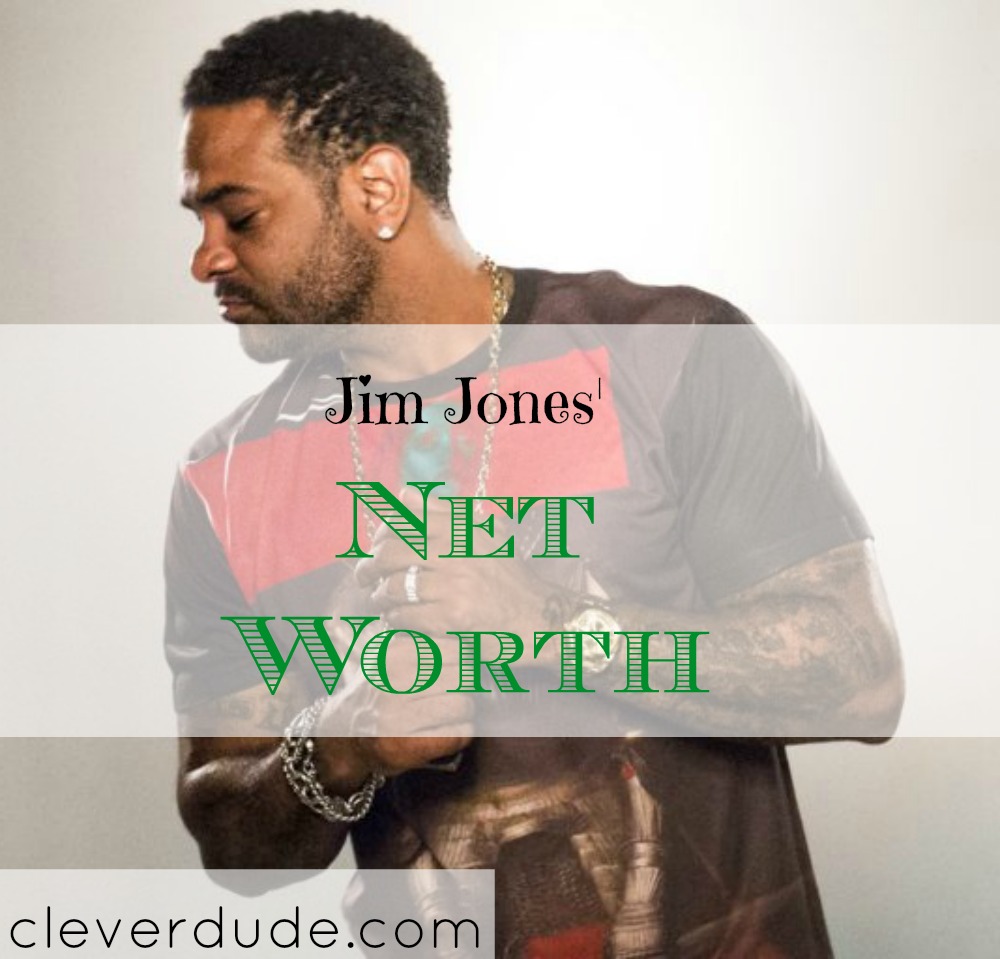 Jim Jones, born Joseph Guillermo Jones II, is an American hip hop artist born July 15th, 1976. He was an original member of The Diplomats, has released several albums, and has also ventured into other business opportunities. Jim Jones’s net worth is approximated at ten million dollars.

Jim Jones As A Recording Artist

Jim Jones released his first album, On My Way To Church in 2004. Since then he has released 5 additional solo albums. He has also released one collaboration album with DJ Webstar in 2009.  One of his biggest hits, entitled â€œWe Fly Highâ€ introduced a dance move that resembles throwing up a fake jump shot. The move inspired Michael Strahan and Plaxico Burres of the NFL’s New York Giants to do the move after big plays during a game in 2006.

In 2007 and 2008 Jones is credited with creating a rapper rock star fashion style. The style prompted him to create a clothing line called â€œNostic.â€ In 2012, Jones released a clothing brand named â€œVampire Lifeâ€ which is sold throughout New York City.

Jones has had several opportunities as an actor including the film State Property 2, and the television shows Crash: The Series and The Wire.

Jim Jones manages a freestyle inline skating team named Dipskate. He hopes the team will compete in the X Games in the future.

Over the years, Jim Jones has had feuds with other hip-hop artists such as Tru-Life, Jay-Z, Cam’ron, ASAP Mob and Azealia Banks.  Many of these feuds have resulted in artists releasing a diss track or a song that contains derogatory lyrics about another artist.  In the case of Jay Z, the two artists were able to resolve their differences resulting in Jim Jones being signed to Jay-Z’s Roc Nation record label.

Jim Jones has been working in the entertainment industry for quite awhile, and with an approximated net worth of around ten million dollars, he has obviously had some success. Through his music, clothing lines, and acting opportunities, he has laid the groundwork for even more success to come.