It’s Time For My Teenager To Get A Job 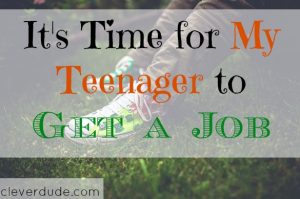 My son turned sixteen in January, and within a week had his driver’s license. He’s been enjoying his new found freedom driving to school, going to the movies, and hanging out at his friends house without needing to rely on my wife or myself to drop him off or pick him up. But with his new found freedom also comes expenses.

We given him a month of cost free driving, but now it’s time he learn that the privilege of driving comes with a price tag. There are many ways for teenagers to make money, so I started pointing out â€œNow Hiringâ€ signs as we ran errands around town. I told him that if he wanted to continue to have use of our car, he was going to have to get a job. It wasn’t the first time we had talked about him entering the workforce. He wanted to start earning some money not only to be able to pay for the costs of using the car, but also to have money to do things with his friends, and to save up for new computer parts and even his own car.

At my suggestion, he made a list of places he wanted to work and submitted applications. A few weeks later, I suggested he apply at a grocery store nearby. He shrugged his shoulders, not being very interested. We had a friend that worked there, so I texted him asking if he knew if the store was hiring, and if he would be willing to put in a good word for our son.

His response was not what I was expecting. My friend said that they were hiring, and he would tell his HR person to look for my son’s application to come in, because he wanted our son to work for him. I showed my son the text, and told him that he would likely get a call from the grocery store in the near future.

I could tell that he was a little apprehensive, so I thought it was time to give him some facts about having a part-time job in high school.

Meet New Friends : I knew that one of his concerns is that none of his friends work at that grocery store. I told him that he should think of this as a way to meet new people, and that working with his school friends may actually be a distraction.

Learn New Skills: Working at a grocery store may not be his intended career path, but he will certainly learn many new skills that could benefit him for the rest of his life.

Money: Together we calculated how much he would earn if he worked 10-15 hours a week. I started to see a smile form on his face.

Take Advantage Of An Opportunity: It’s hard to get your first job because you have no experience, and no professional references. Our friend was willing to hire him because he knows us, and our son, and is confident that he would be a good worker. If someone is willing to give him that opportunity for his first job, he should take advantage of it.

I could tell by the end of our conversation that he was hopeful that he would hear from the grocery store. He almost seemed anxious to move into that phase of his life where he has to think about work schedules, and cashing paychecks. 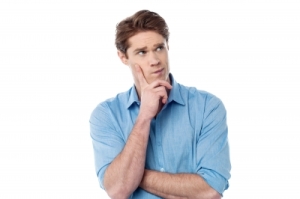 Do you have a teenager that is about to, or recently got their first job? What advice did you have for them?