Is a Phone/Tablet Protection Plan Worth The Cost? 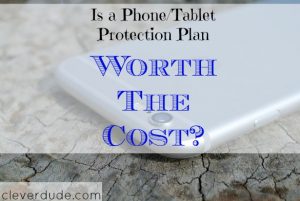 Have you ever agreed with someone, only to realize later that the suggestion was completely ridiculous?

Yeah, that happened to me at an AT&T retailer last week.

My wife has been wanting an iPad for quite some time. I suggested time and time again that our laptop and smart phones fulfilled any and every mobile web access need, but knew I was likely going to eventually lose the battle. Last week I finally hoisted the white flag of surrender, walked into the AT&T store and picked out a 32GB metallic grey iPad Air. We chose to make 20 payments since they offer to allow installment payments to be made with zero interest, and we’re saving money on our mobile phone plan by sharing the cost of the plan with our inlaws. 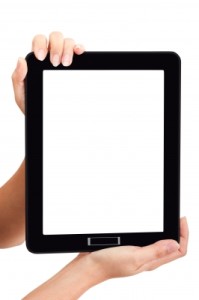 I’ve never purchased the protection plan on a phone, or a computer. But I was seriously considering getting it on the iPad because the whole point of an iPad is to take it along with us as we’re on the go, opening up all kinds of opportunity for something to happen to it. Given that we are making installment payments, it would be really unfortunate to have something catastrophic happen to a $700 tablet before it’s even paid for.

After I communicated this to my wife, the salesperson pointed out that we could even keep the protection after the iPad was paid for. We could keep the iPad for 10 years, keep the protection plan and be covered the entire time! I nodded my head initially, thinking that may not be a bad idea. Then the ridiculousness of the plan hit me:

The device will likely not last 72 months, and even if it does it would be so obsolete that it would likely be unusable anyway. If something happened to the tablet very early in it’s life span the protection plan would be worth it. But at what point would the tablet not be worth as much as the replacement cost offered by the program?

In the beginning of the tablet’s life the protection feels like insurance. But as time goes on, it feels more like throwing  money away each month.

How do you feel about protection plans for phones and tablets? Have you ever purchased one, and how did it work out for you?