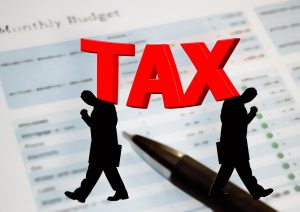 With it being mid-June, tax returns were due months ago and it’s way to early to think about next tax season, right? Well, not exactly. There are several reasons why you might be thinking about taxes right now, one of them being the quarterly announcement by the IRS regarding the setting of interest rates for underpaying or overpaying taxes.

If you’ve ever owed a significant amount of money to the government on April 15th, you are likely familiar with the warning screen that pops up on tax preparation software stating you may owe an additional amount in interest for underpaying your taxes.

The IRS charges you interest for the amount you under-payed during the year.

This has happened to me a couple of times, and I always just let the IRS send me a bill for the amount owed. I wondered how they determine how much I owe in underpayment interest. I did a little research, and found that the IRS has just set the rates for the third quarter of 2017:

The IRS calculates and publishes interest rates at the beginning of each quarter. The rate is based on the the federal short-term rate determined during April 2016 and took effect May 1, 2016. These rates reflect no change from the previous quarter of 2016. The rates are published on the IRS web site.

Both the over-payment and underpayment rates for individuals are the federal short-term lending rate plus 3%. The rate is rounded to the nearest percentage point. For the next three months, this rate is 4%.

When Does the IRS Pay Interest?

The IRS will not pay you interest if you simply pay too much in taxes during the year an are due a tax refund. However, if they are unable to send your tax refund within 45 days, then you may be due interest from the government using the rate in effect. I’ve never even heard of this happening, nor can I come up with a scenario in which it would happen.

We might not be in prime tax season, but there are things occurring that could affect how much you have to pay the government come next April. Are you paying attention?

For more information on this announcement by the IRS, read here.