I Save Money by Spending A Lot On Groceries 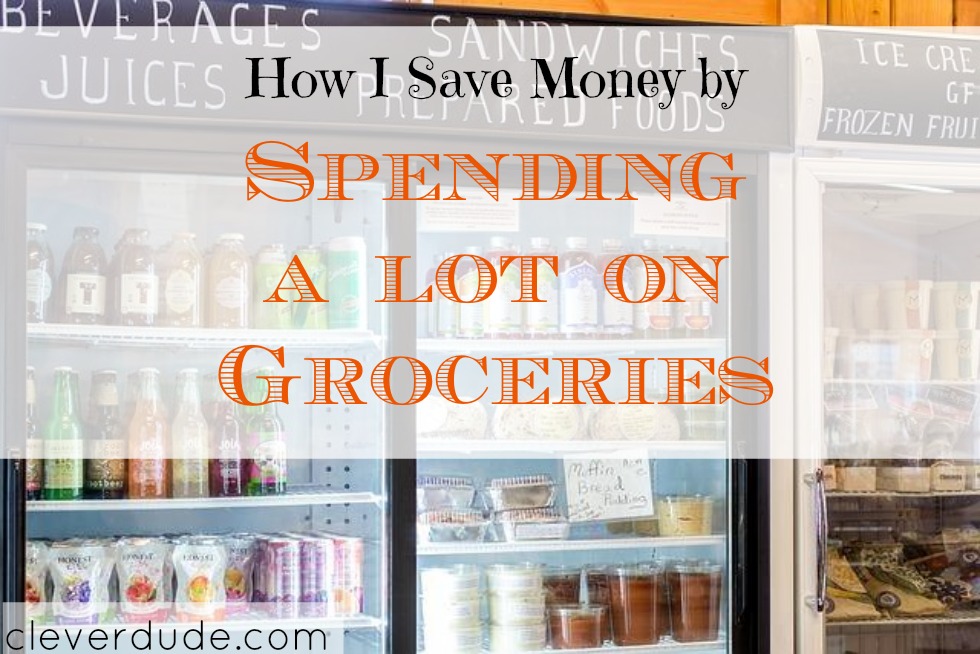 It’s a common question, and one that is sure to ignite a conversation especially between people trying to be wise with their money.

How much do you spend on groceries each week?

Just last week we had a great post on this site from Clever Dudette describing how she keeps the grocery bill for them under $60 a week.

You do have to be a little careful when you have such a discussion as you need to make sure you properly define what is meant by the term groceries. For example, I do the grocery shopping (and cooking) in our household and our grocery budget for our family of three is $150 a week. Included in that number, however, aren’t just food items. For our budget, the term groceries includes everything that we would get when we go to the grocery store including any personal hygiene products, laundry products, dishwashing detergent, and necessities for our cat.

Even taking that into consideration, $150 a week may sound like a lot. I admit that it’s not very difficult to stay within our grocery budget. We purposefully set our grocery budget high, because I honestly believe that doing so actually saves us money.

It may sound crazy, but hear me out.

I can buy a box of pasta and a jar of spaghetti sauce from the grocery store for under $3. It’ll do the job as far as a meal goes, but it’s pretty bland and sooner or later I’ll give into my wife’s request to go to the Olive Garden and shell out over $60 for a single meal.

I can also buy a slab of round steak for just a few dollars a pound, and throw a 50 cent baked potato into the oven. But after gnawing through that cut of meat a few times we’ll be headed to the Outback for an $80 down under family extravaganza.

OR, we could make eating at home an exciting event for our taste buds.

I could spice up that $3 spaghetti with:

I could put the Outback to shame by:

All of the listed items will definitely jazz up the meals, but will add cost to the meal, and to our grocery bill.  But it’s worth it.

Even though it’s more expensive, we do occasionally go out to eat for special occasions, or just for convenience. But having the kitchen stocked with food to make fun to eat meals, my goal is to eliminate the temptation of going out to eat because we’re bored with the options we have at home.

What do you think, are you being too frugal with your grocery shopping?  Could your home menu use a little spicing up?