I Need a Teenager Maintenance Fund 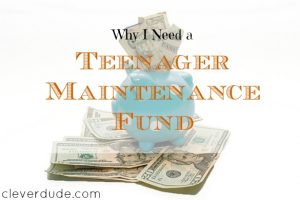 With school supplies purchased, lunch account funded, and new clothes purchased and neatly hung up in the closet or put away into dresser drawers, I thought we had passed the hump of extra spending usually associated with the start of a new school year.

Unfortunately, I was wrong.

Teenagers are notorious for lacking communication skills especially when it comes to their parents. Parents are the ones that hound endlessly about homework, grades, and being responsible. We’re the last people they would want to talk to. I’d like to think that I have a better than average channel of communication with my son, but every now and then I’m reminded that there’s a reason that you need an emergency fund if you have a teenager. 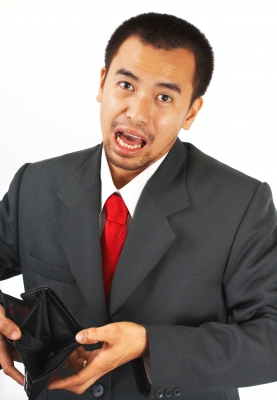 Two weeks into the school year, we had the opportunity to walk through our son’s schedule and spend 12 minutes in each classroom to get to know his teachers a little and get some perspective as to what he’s going to be learning this school year. In his Honors Algebra II class the teacher stated that students should have notified the parents that they need a graphing calculator. We had purchased him a new scientific calculator and instructed him to ask his teacher if that was sufficient or if he needed something different. The teacher’s statement was news to us since he specifically told us he was told his calculator would do everything needed for the class.

When we returned home I had another conversation with my son about clearly communicating to us things that he needs. I never did get a straight answer as to whether he genuinely thought his calculator was good enough, or if for some reason he just didn’t want to tell us he needed a different calculator.

I will continue to pound into my son’s brain that he needs to communicate with us, but at the same time, based on history, that something he forgot to tell us will pop up from time to time. I don’t want to rely on our emergency fund due to the possibility of a real emergency occurring at the same time as a â€œteenager emergency.â€ For that reason, I’m creating a new budget category called a â€œteenage maintenance fund.â€  This fund would be used to cover any surprise expense directly associated with our teenager including new clothes for a orchestra concert, a graphing calculator, or whatever else my teenager may spring on us.

That should be enough to cover most surprise teenager expenses without having to impact any other part of our budget. If the cost exceeds that amount, then it really would qualify as a full blown emergency and warrant use of our emergency fund.

What do you think of having a â€œTeenager Maintenance Fund?â€