How Much Does Beer At An Event REALLY Cost? 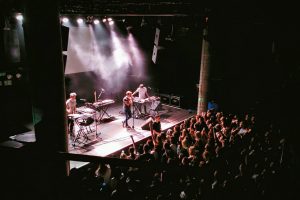 My wife and I recently went to a rock concert held at a professional sports venue. I knew that event pricing would certainly be in effect so I wasn’t all that shocked when I looked at the board listing products and costs at the food vendors.

I was shocked to discover that the prices varied based upon from whom the product was purchased. For example, a sixteen ounce bottle of domestic beer cost $9.75 if I got up out of my seat and walked to a food vendor stand. However, that same bottle of beer cost $13 if I stayed in my seat and purchased it from one of the people walking up and down the stands of the venue.

The same beer costs $3.25 more from a walking vendor than from a food vendor stand.

While the price difference between vendors certainly is interesting, my thoughts instantly gravitated towards comparing the price of beer at event prices to beer I buy at my favorite liquor store. I also knew if that question popped into my mind, and judging by the popularity of an earlier post here at Cleverdude comparing the price of canned to keg beer, it would also be something my fellow CleverDudes would be interested in knowing.

Here’s the markup done by the event venue:

This is a great example of the captive audience phenomenon. If you want to have a beverage, you have no choice but to purchase it from a food vendor as you are not allowed to bring your own inside the venue.

If someone wants to pay $13 for a beer at a concert, and it fits within their spending budget, that’s certainly their right to do so. However, its not only interesting but important to know just how much you’re overpaying so you can make an educated decision as to whether the purchase has enough value to make it worth parting with your hard earned cash. Admittedly, I did purchase a beverage for both my wife and I. However, when they were gone we decided to not purchase any more, as it just wasn’t worth the price. We simply enjoyed listening to the rest of the concert with my wallet firmly planted inside my back pocket.