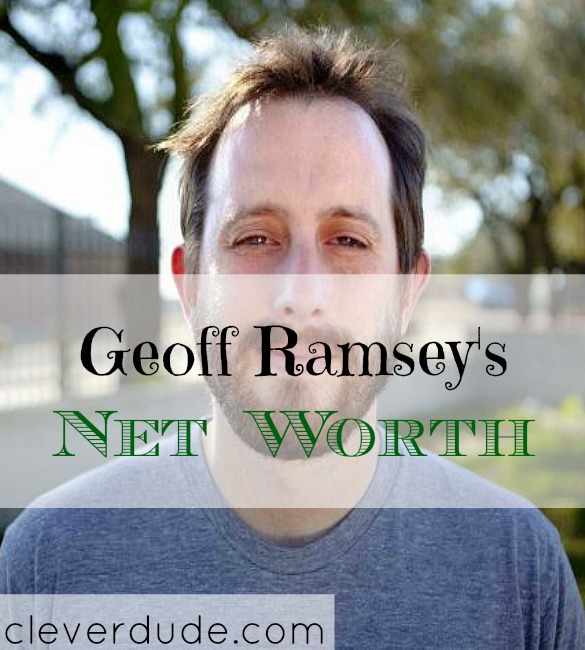 Geoffrey Lazer Ramsey, born Geoffrey Paul Fink, is an American voice actor, comedian, and internet personality best known for being the voice of Dexter Grif for the web series Red vs. Blue. He is the co-founder of both the production company Rooster Teeth, as well as Achievement Hunter, a subdivision of Rooster Teeth specializing in gaming. Currently, Geoffrey Ramsy’s net worth is estimated at over $3 million.

Geoff Ramsey was born in Mobile, Alabama where he went to elementary school and high school, but also lived near New Orleans as well as the state of Florida for parts of his childhood.

Ramsey is a voice actor and successful businessman, but his road to get there was full of very different experiences. He was a semi-professional bowler as a teenager and decided to enlist in the US Army before graduating high school, serving from 1993 to 1998. After completing his service he went on to work as a photojournalist in Kuwait, as well as a roadie for the band Catch-22. He also worked as a production assistant for View Askew Productions, as well as for the tech support company TeleNetwork Partners.

Ramsey was born with the surname “Fink” but wanted to change it to that of his stepfather. While doing so, he also changed his middle name to “Lazer” as a joke when the court informed him there was no additional cost to change any of his other names.

Geoff Ramsey is one of the co-founders of the production company Rooster Teeth. Rooster Teeth is best known for the longest running web series of all time, Red vs. Blue. Rooster Teeth also produces live-action shorts, series, and comedy. In 2008 Ramsey started Achievement Hunter as a subdivision of Rooster Teeth focusing on gaming with colleague Jack Pattillo.

In 2005 he married his wife Griffon. Unfortunately, in November of 2017, they announced they were proceeding with a divorce.

Geoff Ramsey has had a multitude of interesting jobs but found his niche through co-founding Rooster Teeth and Achievement Hunter Geoff Ramsey’s net worth of $3 million is a testament to his passion and success.