What Should I Do With a FREE Gym Membership? 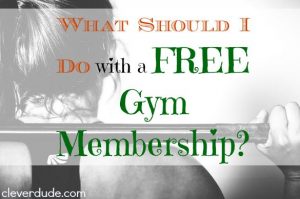 I enjoy going to the gym. I really enjoy the full service health club I belong to, and I don’t mind the monthly payment because I use my membership every day. However, something happened last week that has me contemplating canceling my membership.

I won a year membership to a different health club.

A local television station is running a contest each time our regional NFL team has a televised preseason game. When the right commercial is broadcast, contestants can send a text message to the television station to enter, winners to be notified at noon the following Monday.

Sitting in my office last Monday, I received a text message stating I had won a year membership to a newly opened health club. I contacted the station as instructed, and am awaiting the details to be mailed to me. I’ve seen commercials listing the prizes, and the prize is listed as a $480 value.

I know some people that go to that health club, and they like it a lot. Mainly because it’s price point is fairly inexpensive compared to the club I belong to now. Of course, it doesn’t have a lot of the amenities of my current club, but it does have almost everything that I use. My initial thought was that I would dump my current membership, and use my free membership for a year. I can decide what to do after the free year is up.

However, there’s a couple of other things I need to take into consideration:

I’d lose access to things like racquetball, basketball, pool, and indoor track.  I occasionally play racquetball with my son, and run on the indoor track if the weather is bad outside.

The new gym is located about 10 minutes further away from home than our current club. I don’t feel this is a deal breaker, as I can certainly manage my time well enough to take the extra travel time into consideration.

My current membership is a family membership. My son and wife have good intentions, but they don’t go very often. My head tells me that I could just get them memberships at the new gym and still save a ton of money each month. My heart tells me the downgrade in facilities in addition to the further distance to get to the new gym will discourage my son and wife from going at all.

For me, the prize is perfect. It would save money in our budget, AND I would get back the ability to go to great spinning classes. The one negative of my current club (other than the price) is that the spinning program is not to my liking. I know the instructors at the new gym, and they’re spectacular.

But for the rest of my family, it may discourage them from going. They don’t use the membership right now, but I feel like if they’re going to get any traction at all with getting into fitness, it’s going to be at the very convenient, very nice, and very expensive full service club.

I have two choices:

On paper, option two looks financially irresponsible. But something keeps telling me that taking option one will destroy any possibility of the rest of my family ever going to the gym. 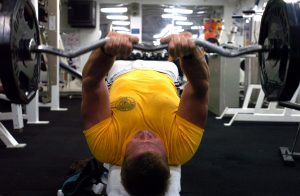 Am I over thinking this? Should I just switch to the new gym and be done with it? Have you ever continued to pay for something hoping you would use it?